After the spectacular second day that allowed us to enjoy exceptional concerts by Savages, Glen Hansard and De Staat, the Down The Rabbit Hole 2016 came to an end on Sunday with shows of Anohni and Suede as major claims. The day began with the incredible party that Bosnians Dubioza Kolektiv organized  at Teddy Widder tent. A show that didn't show anything different in musical terms, but where was impossible not start jumping or being dancing, infected by the strange mixture of ska and electronic proposing the Balkan and in which the repetitive beats from the saxophone became a little bit tiresome after 30 minutes.. Still, their show would be infinitely better than the one that veteran duo of Dutch rappers Rico&Sticks offered moments later on the main tent. It is true that the language barrier is a big handicap for their proposal, and that they have songs with amazing rhythms like "Strik Je Veter" or "Tjappies en Mammies", but the presence of this type of shows on the Dutch festivals seem as mandatory by the public due to the recent success of a new batch of local rappers like Lil Kleine & Ronnie Flex, as dispensable in musical terms. 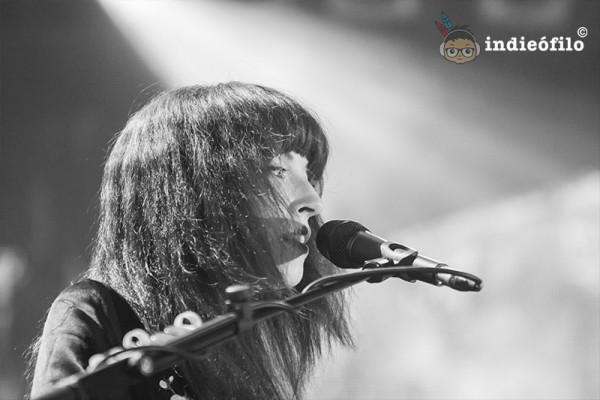 To banish the nasty taste the subtle proposal of Daughter was a perfect balm before a perhaps too empty tent for the merits of the London band. After their debut album If You Leave (2013),  have been enshrined with the recent Not To Disappear as the great relief of The XX, and despite their live started in a hesitantly way with the guitars somewhat out of rhythm, as soon as came songs like "Do not Care" or "Youth", the band proved that this may be their year and in 2017 will certainly occupy bigger scenarios. 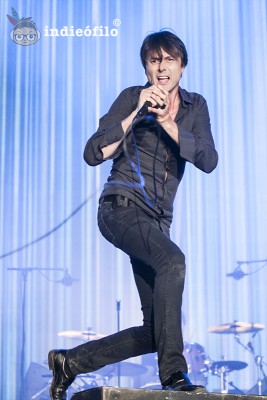 The main stage offers us the reunion with their compatriots Suede, who we already enjoyed at the Paradiso room in Amsterdam earlier this year. Regardless of the great spectacle offered by Brett Anderson as a perfect master of ceremonies, that although is common on each one of their shows still became amazing for us, the British band gave a great show full of hits where songs from their new album Night Thoughts had almost no room for. The start with "Europe Is Our Playground" was a good-will statement on a weekend dominated by the Brexit, which was followed by "Animal Nitrate" and "Trash" to unleash the madness of a public that was mainly in their thirties. An acoustic version of "She's in fashion" or the grand finale of the show with "Beautiful Ones", show that after 2 decades, Suede is the Brit pop band that better put up with the pass of the years. 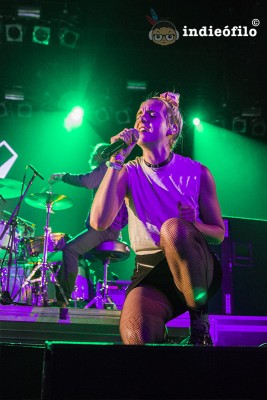 If Brett Anderson is a leader on the stage, What can we can say about MØ.. Her electropop that has  already dazzled us in the past Lowlands, grow up now with even more power thanks to the incredible band that accompanies her live and that provide new nuances to songs like "Waste of Time", which by the way the young Danish sang hoisted at the fence that separated her from the front row. Was surprising the good response from the audience to "Kamikaze", which already ranks as one of the songs of this summer, as well as new songs like "Goodbye" and "Final Song", although as expected the madness was unleashed with the timeless  hymn at which has become "Lean On".

The festival came to an end and the responsible for closing the main stage would be Anohni, the new project by Antony Hegarty, in a rather controversial decision that was exposed in the early days about if this project had enough value to became a headliner of a  festival with a level as the Dutch one. With a sober staging where the famous artist was completely covered with a black cloth (like a Niqab) and the other two talking heads of the project (Oneohtrix Point Never and Hudson Mohawke) were behind the screens of their laptops, the scenography focus was clearly set on some incredible videos that were perfectly sync with the lyrics. Faced with a tent that was gradually emptied by an audience that was expecting something more lively, Anthony was growing and pulling off the straitjacket of immobility of the first songs to end giving a hard and emotional equally show. For remembrance will be the end with "Drone Bomb Me Play" and the video for "What are we doing to the Earth?", where an Aboriginal left a strong thought "We wonder what is happening in the world? Is it better or worse? Let's wake up and leave a better world for all of us". 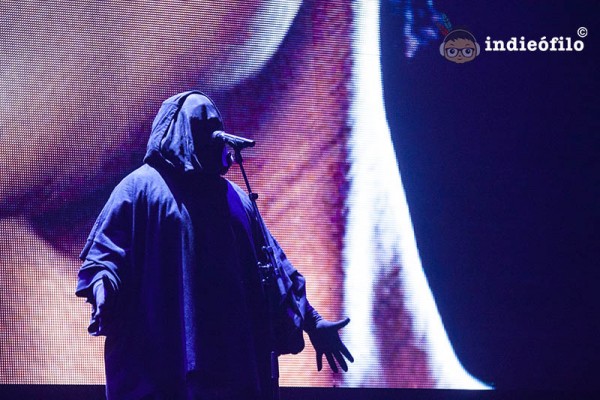 Thus, in summary, remarkable edition this one of Down The Rabbit Hole 2016 in which PJ Harvey offered the best show among the headliners and in which the proposal by Anohni surprised for good, while The National did not provide a concert so perfect as they used to do it handicapped by a bad start. The rest of the lineup replied much better than expected, leaving us concerts with a very high level as the Savages, Glen Hansard, Suede or MØ and a good balance of the three-day festival that demonstrate the growth of a festival, that despite the logistical problems caused this year by heavy rains, is enshrined as one of the great musical offerings of the Dutch summer.