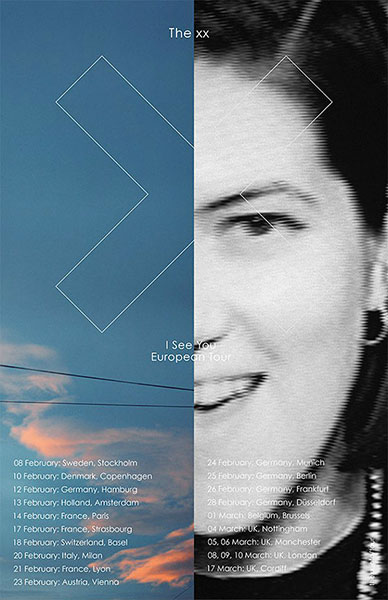 The XX have announced the dates of their European tour for 2017, called "I See You Tour", where they will launch their long-awaited third album I See You. The band will return to the road in February, with Stockholm in Sweden as staring point, and after a long tour along Europe, the shows will culminate in the UK next month.