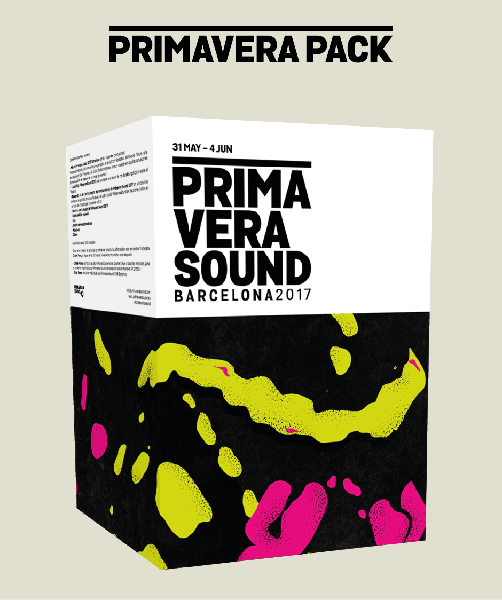 Once again, the organisers of Primavera Sound will offer its now traditional Primavera Pack that, as well as the 2017 full festival ticket, contains exclusive presents and special advantages for the next edition of the festival. Each Primavera Pack contains:

The pack, of which there will only be 1000 units, is now available on pre-sale at the price of €180 (+ advance sale service expenses) on Ticketmaster,  the Primavera Sound Portal and, for the first time this year, in La Botiga del Primavera Sound, on the web and through the app Glovo. The dispatch of purchased packs will start on the 12th December. From this date, until 7th January, you will be able to buy it at the same price in La Botiga (Ases 1, Barcelona) or through Glovo and get it delivered to your home within the hour (only for reservations to dispatch in Barcelona).