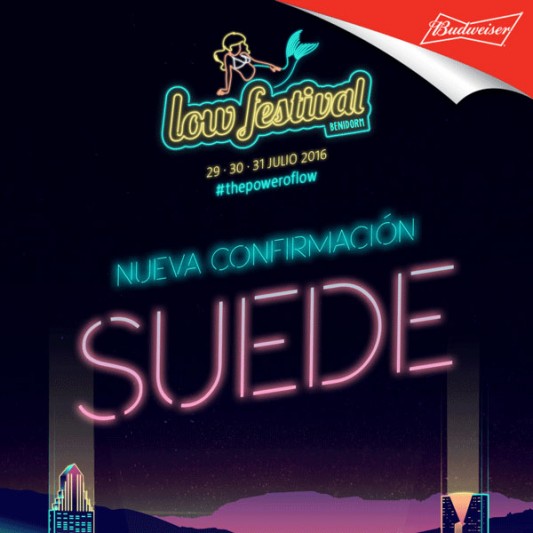 One month after confirming Peaches or Sr.Chinarro, Low Festival 2016 has just announced a new headliner for this year edition. The winners were Suede, the band led by Brett Anderson, that will perform at Spanish festival their latest album Night Thoughts and will join The Kooks, Los Planetas, Vetusta Morla, Hot Chip, Love Of Lesbian or 091, among others, confirmed on the lasts months. Indieófilo has already enjoyed with the live performance of London band a few months ago at the Amsterdam's room Paradiso, in which was one of the first shows of the European tour, and as we wrote on the review, their concert was amazing and and will certainly surprise many in their visit to the Levantine coast.

We remind you that tickets for the festival, that will be held from 29th to 31st of July in Benidorm (Alicante), can be found until next Thursday 21st April with a promotional prize of 61€ at the official Website of the Festival, when a new prize is expected.