At 10PM, an unusual time for what is customary in the Dutch capital, British band Yuck landing at the small hall of Paradiso to present their latest work, Glow & Behold, worthy successor to the hit that they had with their self-titled debut LP. 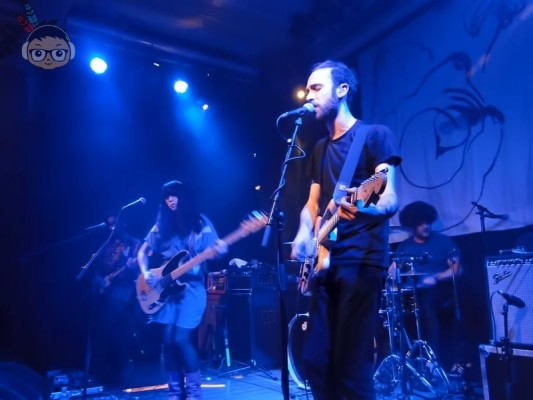 In front of a room that had 75% audience, the band choosed to start with one of the more lo-fi themes from their new album, Middle Sea, where rhythms and sounds from the best Pavement are collected, although the sharpness of the sound was a little masked by the excessive volume that the scene left, and it is recommended to stay away of it at the half of the room to enjoy the show properly. After a brief presentation by the leader Max Bloom, brutal distortions played by new guitarist, Ed Hayes, served to enjoy "Holing Out", which was followed by a calm version of "Lose My Breath" and "Out of Time", in which highlighted the bass lines and chorus from Mariko Doi.

With the crowd absorved by the proposal of the band, it was time for recognized "Get Away", that sounded even closer to Sonic Youth live than on record, making the audience jumping and enjoy, although before it they would stay as subsequently anesthetized with the more shoegaze version of the band, that who play their latest single "Rebirth" with medium rhythms that means away from their hardest version. In another step in that direction, Max Bloom chose to take an acoustic guitar to play the pop song "Nothing New", in which also we found some curious synthesizer lines which replaced the trumpet of the original version, although in a complete reversal the group performed recent new song "Another One" belonging to their next EP Southern Skies, where they got closer again to their noise lo-fi version with the soft distortions as main guest. 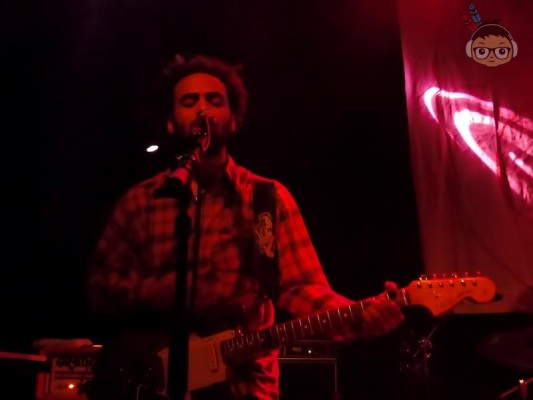 After this song, the show fell down a little bit with a weak interpretation of "The Wall", so the group decided to try to raise up it again with their cover of "Age of Consent", original song of Joy Division, where we missed a bit the vocal power from Bernard Sumner but in which characteristical guitars from the original theme were shined. The show would come to an end with a great "Operation", where we saw a great distortion duel between the two guitars of the band, and left us with the feeling that the show just finished when the band could offer the best, with an zealous audience and a great connection between they and the band. The short lenght of the show can not tarnish the quality of a band that beyond they on every album and offer a full of power and volume show closer to their admired Sonic Youth.