After a great first day where highlighted electronic music on Pitch Festival, second and last day of this successful third edition was waiting for us with some of the most promising bands of this year, Chvrches and AlunaGeorge, as well as veteran Swedish Junip, and of course, Hype band of the moment, electronical British duo Disclosure. 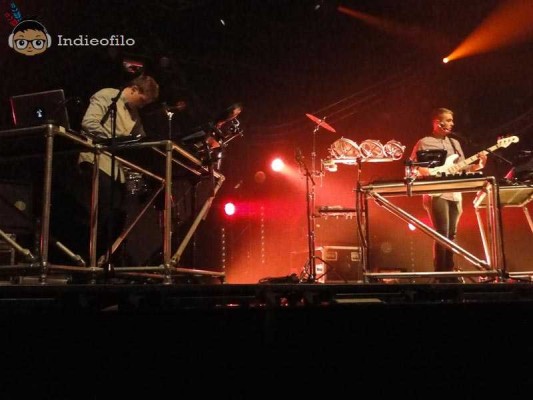 Around 15:45 (And then we complain in Spain about how earlier starts some festivals..) go up on stage Junip, or what is the same, Jose Gonzalez and co. Because don't have any doubt, the author of such memorable songs as "Heartbeats" or "Crosses" is the thinker and executing head of this project that is surround for up to 5 musicians. With they the project reaches an instrumental richness that sometimes overlaps with their fragile melodies, but overall the concert we can say that the Swedish author has reached a new level that makes every one of his shows a memorable one, worth be stored in a small space of the mind to subsequently enjoy without the presence of so many people, better alone.. this time, they focused on presenting their newly released self-titled second album, but also had time for little gems of their earlier work as In Our Nature or Howl. Overlapping on stages made ​​us to choose between one of the great promises for next year, Danish Mø, the popular electronic guy S O H N or German project Brandt Brauer Frick Ensemble, where electronic collective Brandt Brauer Frick surround themselves with a mini symphony including violins, cellos and even a tuba. Their show, after the starting moments where mix of styles surprise you, becomes a bit monotonous due to the excessive presence of stringed instruments. So, good intentions but poor execution.. 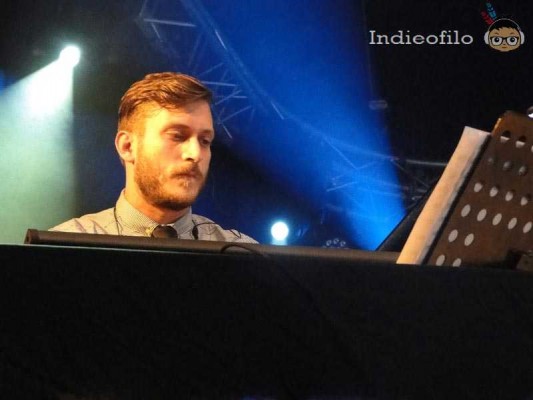 In a U-turn, we went to enjoy wedding idol in the Arab world Omar Souleyman, who has been elevated to icon of modernity thanks to his albums in Sublime Frequencies or his shows in Coachella or Sonar. Accompanied only by a single musician responsible for launching beats without regard, the Syrian artist offered a spectacular show which was as hypnotic as his special dress or their ability to move the masses, getting the audience danced nonstop for the near of his 45-minute show. After a well deserved break looking for some air, it was time for most awaited show for the one who writes this article, gig from Scots Chvrches, that due to their great songs that became hits in a few days have revolutionised the British music scene. With the fragile beauty of Lauren Mayberry as the first letter on the stage, the band offered a round concert that highlighted their already known "The Mother We Share", "Recover" and "Gun", but where the rest of the songs (also one singed by  Martin Doherty) maintained the high level. After the excellent concert, we can only hope with more desire than before the release of their first album.. 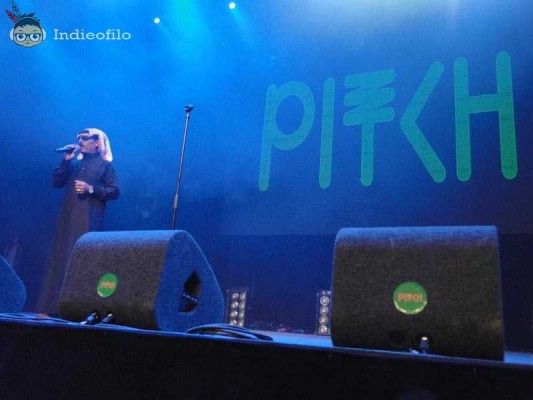 After this adrenaline rush, it was time to approach the debut of the Danish TrentemØller was going to make from his latest album Lost. On a stage full of artificial fog in which we can sensed up to 6 musicians, show's start was amazing with a great string of beats rumbling in the depths of the body and made you jump right into the show. However, the agglomeration of public and high heat prevailing in the tent made ​​unbearable to maintain that pace for both the artist and the fans who were among the crowds. Unfortunately, after 20 minutes little remains of the initial momentum and the show was declining in pace and passion, so the decision to go to the other stage to see the English AlunaGeorge became much easier than expected. London band had one of the most plain staging ever seeing, but the indomitable character of her leader Aluna Francis, who moved around the stage like she run a marathon, made that crowd replied they dancing and singing their songs straight away. 80's rhythms on "You Know You Like It" or "Your Drums, Your Love", together with great beats on "Body Music" served as catalysts until the time came at night summit with "White Noise" from Disclosure, where own Aluna singed and which the public danced to exhaustion. Therefore, excellent concert that served to demonstrate that they are a band that could go beyond a few singles, waiting for what her first album Body Music that will be publish on the next weeks finally show. 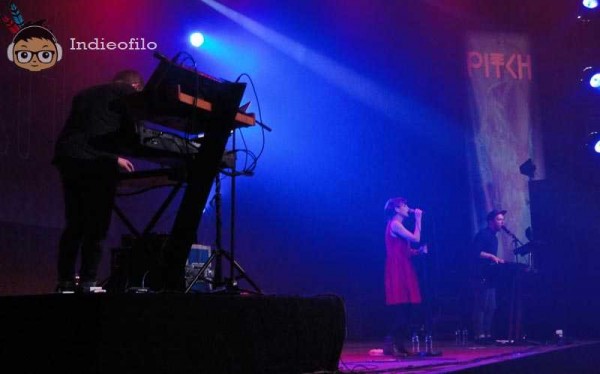 Almost without power, and after a rest moment in one of the magnificent pieces of turf available on the site, we went to one of the smaller stages of the festival on Transformatorhuis where we enjoy briefly British Lukid session, who had a great number of people dancing his unsyncopated rithyms util start time for British Disclosure gig arrived. The Lawrence brothers presented in the Dutch capital their recently released their album Settle, that was released just over a month ago and that has led them to become the great hope of the electronic music. With a faultless sound and setlist, they earn crowd favour immediately thanks to dancing rhythms and some light games and amazing video projections that made almost impossible not to start dancing at the moment, more even when they played linked songs like "You & Me", "White Noise" or "Voices", as well as an excellent cover of "Running" from Jessie Ware. Just after 00 am, and with the accumulated fatigue of two days of good electronics, this was the end to a great weekend in which we can only hope that in a year from now, we can repeat the experience of enjoying this wonderful festival.