Nearly a year after his last visit to the Netherlands, Noel Gallagher returned to Heineken Music Hall in Amsterdam as a part of the European tour to promote his second solo album, Chasing Yesterday. Responsible for opening the night were Americans Augustines, also closer to release their long-awaited second album, and for about 30 minutes offered a too cold show despite the efforts of their leader Billy McCarthy to connect with the public in which their style was not clear enough, which at times reminiscent of Editors, U2, Kings of Leon or even Biffy Clyro, and the excess on the volume on the tom-tom drums ballast their sound. Anyway, their last 10 minutes were more than decent when they concatenate two of their best songs, their recent single "Are We Alive?" and their greatest hit "Walkabout" with which left a good taste despite initial problems and demonstrated a sound as trio that would desire to many bands with more members. 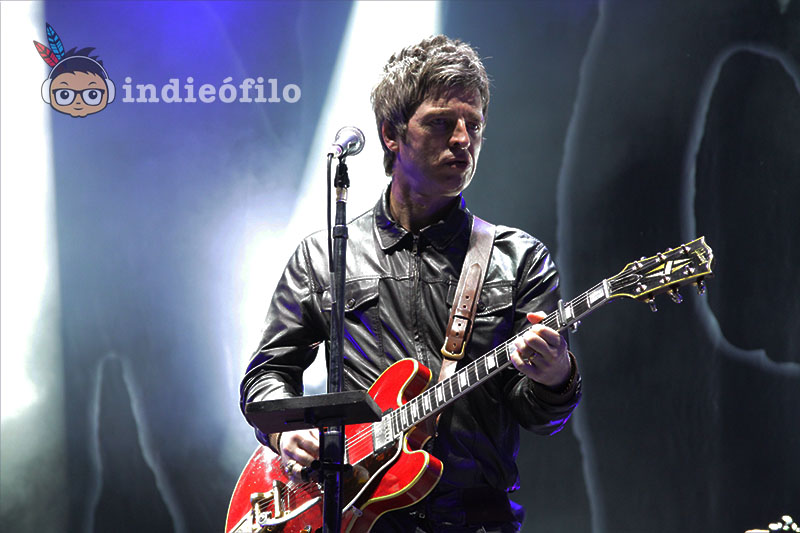 The star of the evening appeared on stage with his typical black leather jacket under the chords of "Shoot a Hole Into the Sun", to immediately start with one of the best tracks from their debut album, "Everybody's on the Run". The concatenation of the most guitar songs from his latest album as "Lock All the Doors" and "In the Heat of the Moment" encouraged an audience that went wild when the first Oasis song in the setlist, "Talk Tonight" made its appearance, but also quickly fizzled when the calmest songs of his repertoire like "The Death of you and me" or "You Know We can not Go Back" were played. Perhaps because of this, and in a wise decision by the Manchester's guy, the rest of the setlist would become an exchange of own songs with the ones from the band that made him famous, allowing us to enjoy live hits from the 90 as "Champange Supernova", "Sad Song" or "D'Yer Wanna Be a Spaceman?" with the most recent "Ballad of the Mighty I" or "The Mexican".

Little by little, the show grew in what is merely musical, thanks mainly to the good level on the voice of own Noel and excellent guitar solos by Tim Smith, which especially stand out in "Half the World Away" and "If I Had a Gun…". But the best was still to come with about 30 minutes of real ecstasy; first with "Digsy's Dinner" and "The Masterplan" and later with some encores that kicked off with the wind instruments of "(I Wanna Live in a Dream in My) Record Machine". With the audience surrendered at his feet, a messianic karaoke of around 5,000 people in "Wonderwall" was the peak of the show, although with "AKA … What a Life!" immediately after the environment was sustained, to close the concert with another generational anthem like "Do not Look Back in Anger". Therefore, remarkable show of Mancunian, with more rhythm and cohesion that when we saw him last summer and with Noel in much better shape, constantly interacting with the public and even reacting in a joker way before the thrown to the stage of a Manchester United scarf .. We can't  figure out what would have happened in the good old days of Oasis against a similar situation!