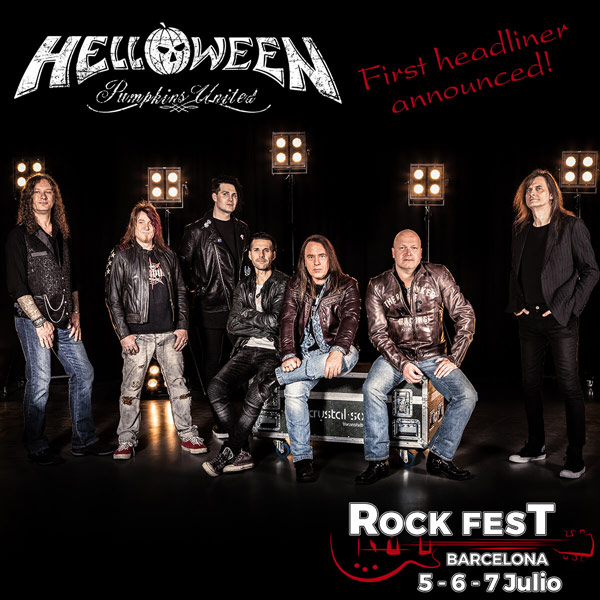 After the successful edition of 2017 in which we could enjoy Aerosmith, Alice Cooper, Deep Purple or Avantasia, Rock Fest Barcelona have announced today the first three bands for its 2018 edition, which will be held from July 5 to 7 in the Barcelona. The big name of this session are the Germans Helloween, who will take to Barcelona their tour "Pumpinks United" in which they will have all the original live members of the band along with the current line-up, highlighting the presence of Michael Kiske and Kai Hansen for the first time since the late 80's. Together with them we can enjoy at the Catalan capital Iced Earth, which will present their new album Incorruptible (2017) and also German Tankard, one of the standard bands of the German thrash metal of the 80s.

The three-day tickets are already on sale with a promotional price of €120+ fees on the RocknRock website and through the Ticketmaster ticket network (Halcón Viajes, Carrefour, Fnac..).