The second day of the festival comes with a clear leader, Kurt Vile and the Violators, but also with a lot of groups with the band of promises like Bully, Dornik or Låpsley. 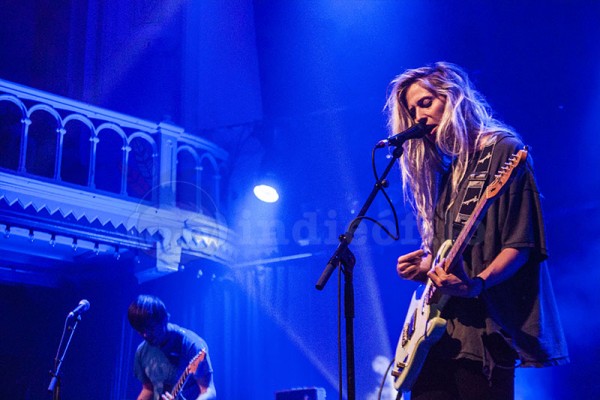 Indeed the English would be the first contact of the day in the small room, showing its minimalist electronics that is so fashionable thanks to people like SOHN or East India Youth. Although the break and calm offered by Liverpool's girls is appreciated at first, after two songs the show is too slow and predictable, we miss more instruments such as synthesizers or drums that will make the concert awake of the general lethargy. Luckily the punk rock proposal with grunge hints that offered Americans Bully moments later in the main room would remind us what is the strength of live music.. As if we had return 20 years ago, we have before us a band in which the voice of Alicia Bognanno merged with distortions and guitar effects reminiscent of the best Elastica or The Breeders. Impressive was the atmosphere that was reached with songs like "Too Tough" or especially "Trying" , that for sure will be on the list of best songs of this year. 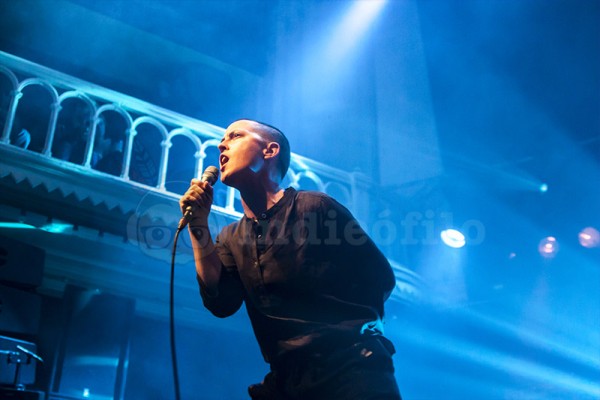 Later, another race to the top floor to listen the Americans Howard, although on what became a constant on the rest of the festival, the amount of audience made even impossible to get into the small room. From the doorway, we could enjoy the quiet electronic proposal of the band, very close to the style of Alt-J or Glass Animals, although with a more guitar style that approach them to the early Radiohead. In the main room was the turn for their compatriots Lower Dens, which replaced on the schedule Waxahatchee, last time cancellation at the festival. Now definitively established as a trio, the band led by Jana Hunter started strong, but after two songs faded as beer foam. The excessive presence of the drums (especially the bass drum) in the whole made the voice of their leader suddenly disappear on some tracks, which together with an ominous sound resulted in a dispensable show where only saved their hit "To Die In L.A.".

Again the crush of people made physically impossible to access the small room, we were only able to watch the Dornik's show from the giant screen in the main hall. Their calm soul, away from the drums that has led they to fame, made the room waggle, that specially dance with their hit "Drive". It was a pity that the room conditions did not allow more people approach their proposal. The edition of this year was coming to an end and the star of the night appeared with great shyness on the main stage. Kurt Vile, sheathed in a eighties Adidas, greeting the public, scream two times and began to play his lo-fi blend of rock and folk, achieving that in a couple of songs the whole room were at his feet. It is also true that when in less than 10 minutes sound in a row "Jesus Fever", "Dust Bunnies" and "Pretty Pimpin", one only can just sit in his chair and enjoy as a small child with a jelly.. The show would go down in intensity at times when Kurt played bass or those songs that he sung alone, but once again the band returned and recovered the sonic richness from the other instruments, they came once again gifts as "Wakin on a Pretty Day", "Freak Train" or "Wild Imagination". Amazing finale for London Calling that unlike the previous years has had as big winners the most celebrated names from the lineup and where as bands to follow we recommend Charlotte OC and Bully.