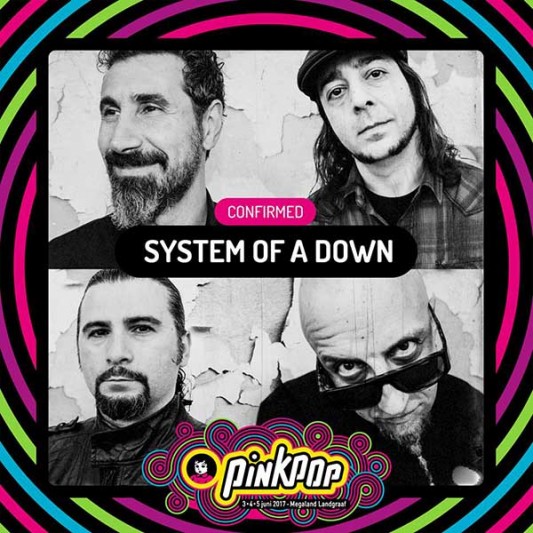 American hard metal band System of a Down has been confirmed as the second headliner for Pinkpop 2017, that will take place during the whitsun weekend, from Saturday 3 to Monday 5 June on  Landgraaf (Limburg). The Armenian-American band will be at the festival for the third time bringing their yet-untitled new album, the first in a decade, and will join Green Day on the lineup, as was reported by the festival director Jan Smeets this morning on 3FM.

Tickets for the festival will be on sale next Saturday March 11th on Ticketmaster, with a price to determinate yet.

PinkpopPinkpop 2017System of a Down