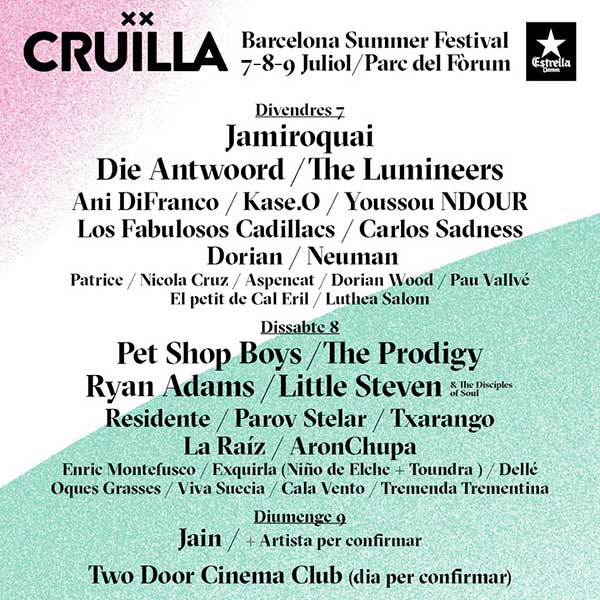 Just two weeks after announcing the whole of its Lineup, the organization of the Festival Cruïlla 2017 has confirmed this afternoon the Lineup by days of this edition, that will be held from 7 to 9 July in the Parc del Fòrum in the city of Barcelona. In the absence of knowing the day of one of the big bands of the Lineup like Two Door Cinema Club, the protagonists of the first day will be Jamiroquai, Die Antwoord, The Lumineers or Kase.O, while Saturday will be the turn of Pet Shop Boys, The Prodigy, Ryan Adams, La Raíz or Exquirla.

Tickets for the festival, are now on sale at the official website of the festival with a strarting price of € 110 + fees for three days ticket, while day tickets have a price of € 65 + fees. On both cases is possible to add an extra donation of 2 € to Amnesty International.