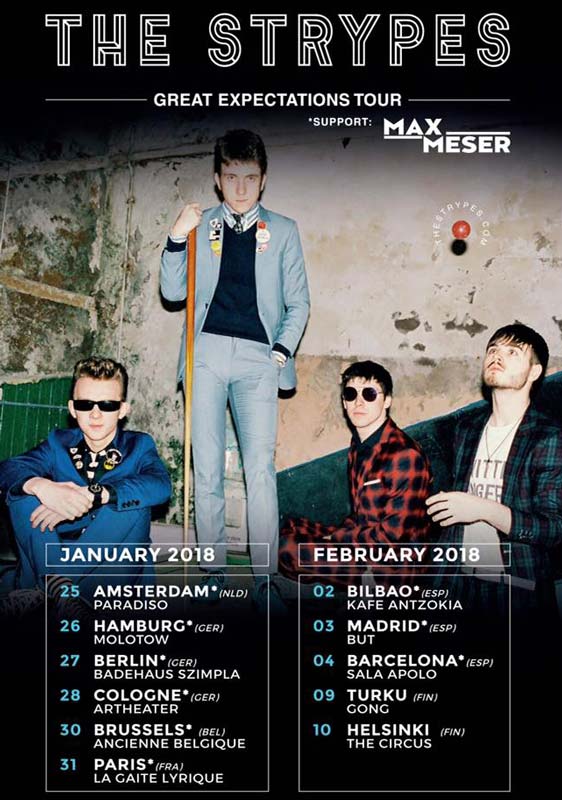 Irish band The Strypes have announced today a small European tour to show their last album Spitting Image (2017). The tour, named Great Expectations for being the name of a song from their last LP, will start on 25 January at the legendary Paradiso in Amsterdam and will end in Helsinki on February 10 after more than a dozen shows, that will have Dutch artist Max Meser as opening act. As a step on this European tour, the band from Cavan will return to Spain after their intense concert of the past FIB 2017, playing at Bilbao on the 2nd of February Madrid on February, 3 and Barcelona on February, 4.