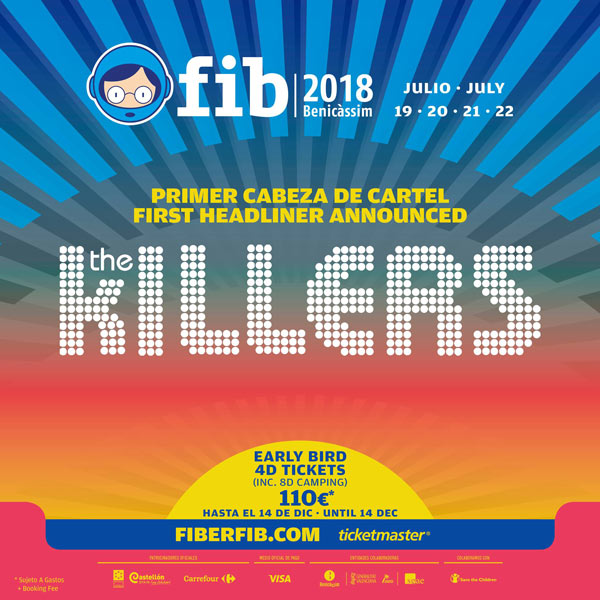 After multiple confirmations by Mad Cool Festival, Bilbao BBK Live or Sonar, finally one of the bigger festivals in the history of Spain has announced the first name of its lineup. After a 2017 edition in which we enjoyed Red Hot Chili Peppers, Foals, Biffy Clyro or Liam Gallagher, thus returning to a glorious past, FIB 2018 has just announced that the Americans The Killers will be the big headliner of this year's edition.

Tickets for the festival, which will be held from 19 to 22 July at the usual location at Benicassim, are on sale at a promotional price of 110€ + fees (including campsite expenses) until 14 December on the official website of the festival.