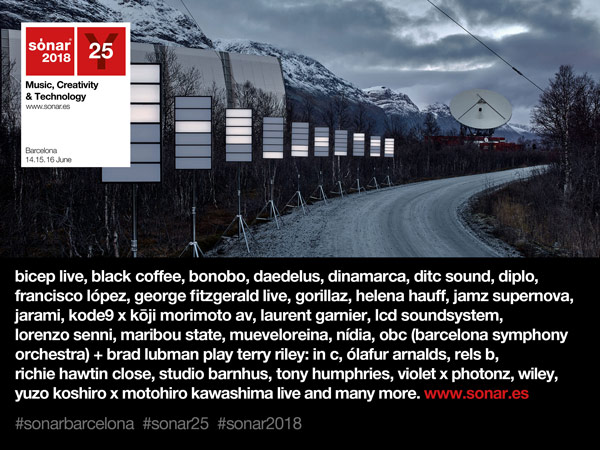 Catalan Festival Sónar, that this year will celebrate its 25th edition of the festival, has announced its first set of names for the lineup. In this first batch highlight names such as Gorillaz, who will present for the first time in Spain their new show created to promote their latest album Humanz (2017), LCD Soundsystem, Diplo and Bonobo. In addition, the festival will also feature Richie Hawtin and his closing show, Laurent Garnier with a four-hour outdoor session, Wiley, Black Coffee, Bicep live, Ólafur Arnalds, George FitzGerald live or Helena Hauff, among others.