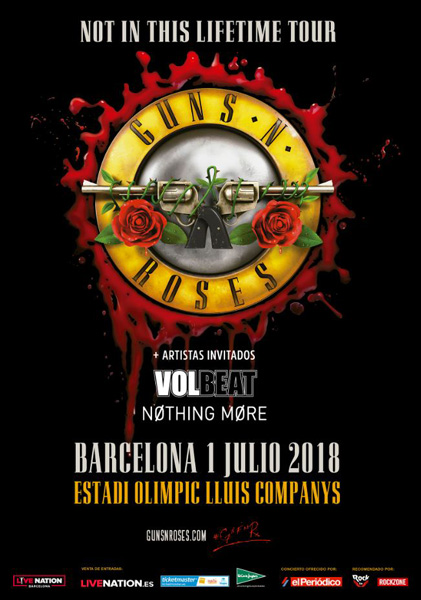 Months after announcing the concert, we finally know the opening bands that will be at the concert of Guns N' Roses on July 1, 2018 in Barcelona. The catalan show of the "Not In This Lifetime" tour will have two exceptional opening act artists like the Danish Volbeat and the North American Nothing More; two bands that face hard rock from two almost antagonistic positions, as Volbeat state on a more classic line that is closer to Metallica (as we could already enjoy at Lowlands 2014), while the band led by Jonny Hawkins is approaching progressive metal or even pop.

Tickets for the concert are on sale with prices starting at €45,00 + fees through  Live Nation, Ticketmaster and El Corte Inglés.