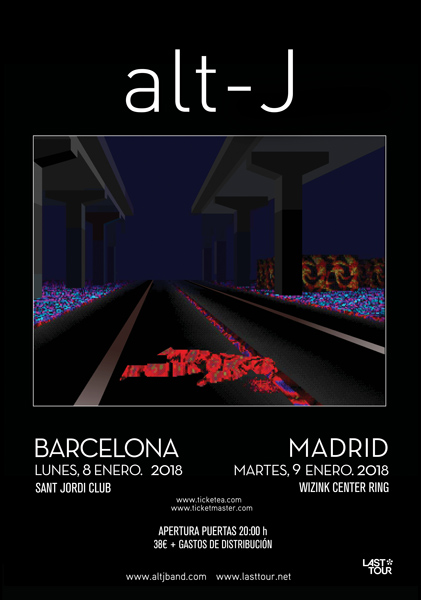 Just a couple of weeks after visiting Spain because of the concert they gave at Madrid Mad Cool Festival, British band Alt-J just announced this morning a couple of concerts in Spain for January 2018. The band led by Joe Newman will present their new album Relaxer (2017) on Monday, January 8 at the Sant Jordi Club in Barcelona, while a day later, on Tuesday, January 9 they will be playing at the WiZink Center in Madrid.

Tickets for both concerts are already on sale through Ticketmaster with a price of €38 + fees.