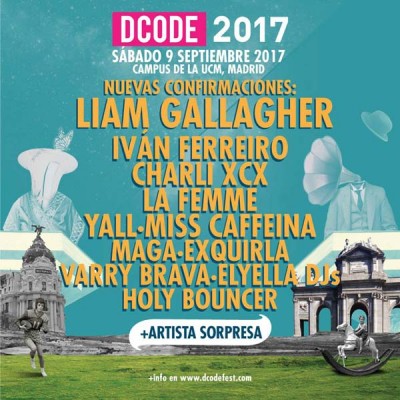 We remember you that tickets for the festival, to be held on Saturday 9 September at the Campus de la Universidad Complutense of Madrid (Spain), are now on sale with a price of €48 + fees at www.dcodefest.com, www.livenation.es and www.ticketmaster.es until next April 7 at 10am, when the price will rise to €55(+ fees).