It has been 12 years since Pearl Jam played for the last time in Catalonia and the waiting had been too long for a band of the calibre of Seattle’s band. It is true that Eddie Vedder's band hadn’t managed a sold out at Palau Olimpic in Badalona in 2006 nor the Palau Sant Jordi in Barcelona in 2000, but the fact that the tickets for this 2018 show were sold out in just a few hours already made us assume that Tuesday night show was going to be completely different from previous visits by the American band. Pearl Jam's name right now is such that no one seems to remember that small stigma in the mid-90s when it was said that a grunge-rock group that will preserve its essence would never become a stadium band… 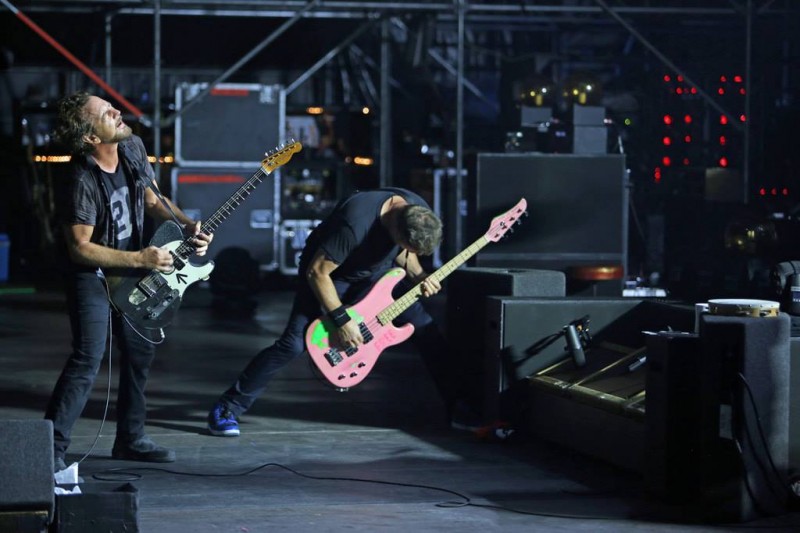 Around 9:45 pm, Pearl Jam took the stage where the absence of big screens was surprising, but in which some lanterns of lamps of different colours stood out, going up and down at a dizzying speed depending on the songs of the American band. Under the chords of "Long Road" and with Eddie Vedder on guitar, the beginning of the show would be a bit calm with "Elderly Woman Behind the Counter the Counter in a Small Town", "Corduroy" and "Hail Hail" where the beast began to wake up… And how! First with "Mind Your Manners", the most powerful track of their now distant last album Lightning Bolt (2013), and then with the majestic "Do the Evolution", the first track sung in unison throughout the arena.

After opening his bottle of wine, and fumble through few sentences in Spanish (Faboulous the moment in which he literally said "The football match between Spain and Russia was shit"), the concert slowed down again with "Ghost", the delicate "Nothing as It Seems" with Jeff Amen on double bass, "Setting Forth" and a "Given to Fly" quite decaffeinated by the excessive sound of some guitars that at times overlap the main voice. Anyway, it would be "Evenflow" that would take us back to the original grunge of the Seattle-based headbanging band with a perfect sound that allowed Mike McCready's personal shine with an incredibly long solo for the delirium of an audience eager for guitar rhythms. 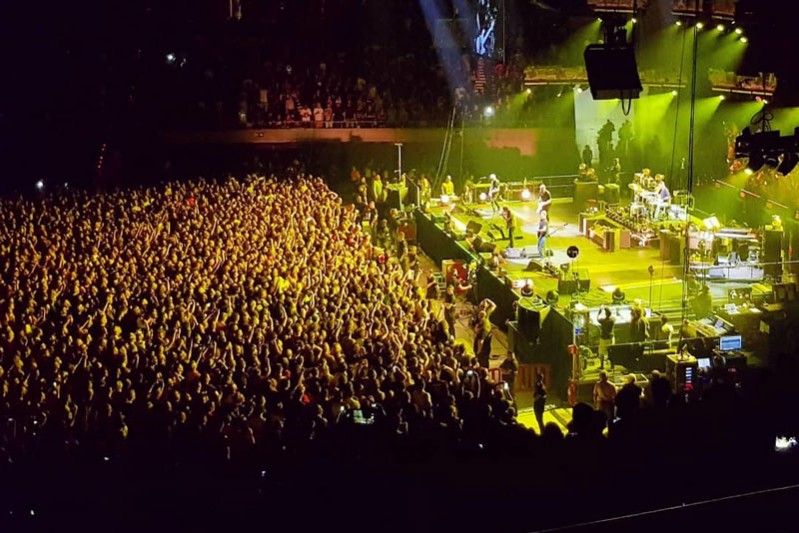 "Oceans", dedicated to a recently deceased Mexican fan of the band, and "Light Years" were the calm before the storm unleashed in the form of hits with one of the most brutal concatenations of songs that I can remember… After a speech in which Eddie Vedder made a plea for gender equality and in defense of women, "Daughter", "Jeremy",  and "Go" made us to went back to those early 1990s when Pearl Jam cassettes were exchanged among the high school's class. Lucky jump forward in time that not only stood out for the emotional, but also for an excellent musical performance, with the voice of Eddie Vedder demonstrating that he is at a level close to that of his early years. "State of Love and Trust" and a new blessed madness with "Porch" that  would close the first part of the concert that had gone from least to most, showing the diverse nuances within the rock that the band has had throughout its nearly three decades of career.

A relaxed Vedder with an ukulele would opt for the personal "Sleeping by Myself" as the first theme on the way back, followed by the excessively calm "Come Back", which in a way was a something disappointing after the catharsis of the previous songs. "Lightning Bolt" would raise the pace slightly, although it would again be a magical trio like "Black", "Once" and "Rearviewmirror" that would give us goosebumps again. The first one with the audience providing a chorus in unison in the instrumental parts, "Once" rising immensely from drums and keyboards to join perfectly with the rage of Vedder's voice and, finally, the ecstasy of "Rearviewmirror" with a majestic bass and the track jumping non-stop in an accelerated final part. If there's such a thing as perfection, those 12 minutes of music are pretty much the same. 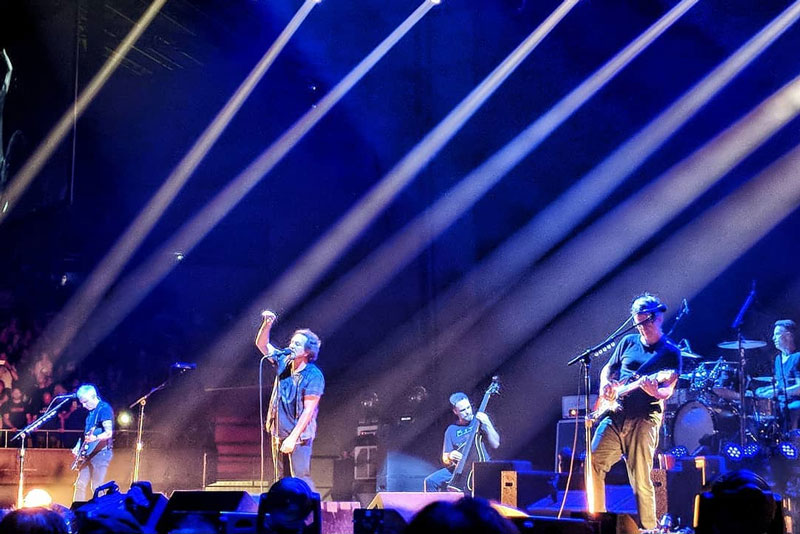 There was still time for a second batch of encores, which, like the first one, would start calmly with "Smile" and "Wasted Reprise". To our surprise, the lights of the Palau Sant Jordi came on, but this was not going to mean that the concert was over, quite the contrary, as the Seattle crowd had kept an impressive grand finale. The massive lighting gave the emotional guitar chords of "Better Man" a greater presence, while the big hit "Alive" put the Arena at the feet of the North American band. A great cover of "Baba O'Riley" from The Who and "Yellow Ledbetter", dedicated to a 12 year old fan who had requested it, was the end of a concert of almost three hours in which 30 songs were played.

If anyone still doubts nowadays that Pearl Jam are one of the greatest bands in the history of music, they only need a concert like Barcelona’s one to become an acolyte of the Seattle band, capable of creating a show that combines ecstasy with delicacy without losing the essence of what they are as a band. And all this led by an immense Eddie Vedder, capable of demonstrating that the veteran frontman is not only that overflowing energy of his principles, but also a closeness and controlled power that places him in the Olympus of rock stars on his own rights. All these faces of supreme happiness at the end of the concert can’t be wrong… 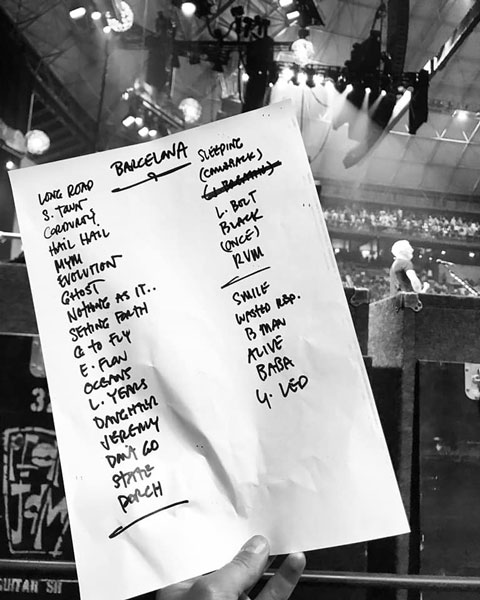