Oude Zaal from Welkweg in Amsterdam was full last Tuesday February 4 to receive one of the sensations of indie music that emerged in recent years, the American band Poliça. Its blend of dream pop with trip hop has made them a band with a level of recognition and success that allows them to fill rooms medium-large with relative ease, while beginning to be normal medium letter size on the lineup of the top international festivals. 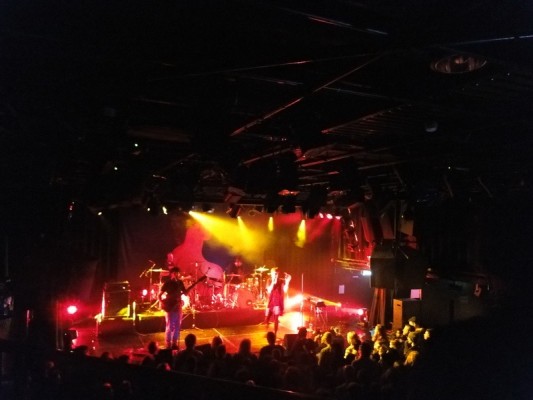 Responsible for opening the evening were Marijuana Deathsquads, collective which includes several members of Poliça as drummers Drew Christopherson and Ben Ivascu or thinking mind Ryan Wilson. Their progressive noise rock, at times reminiscent of a light version of Battles or at other times approaching e-festive sounds like Hadouken!, surprised many attendees to the room that they did not expect a show of brute force such caliber of the opening in front of the intimate proposal that had the headliners.. 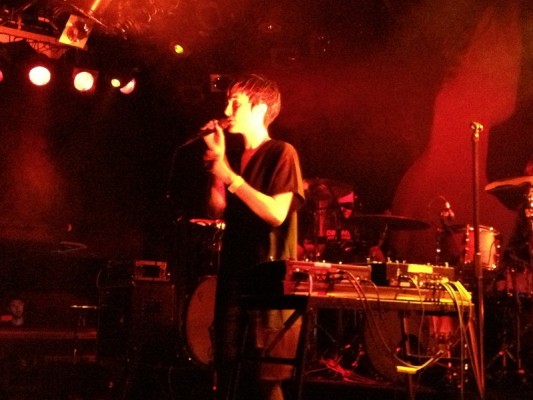 With the precision of a Swiss watch, and just only the time that their drummers were taken to rest, the Minneapolis quartet Poliça came out on stage where was easy to appreciated a giant-sized image from the cover of their last album Shulamith (2013). The loop that opens "Spilling Lines" served as the perfect introduction to the show, remembering too perhaps Portishead startups on their directs in recent years. Although everything seemed to sound perfectly, the whole was losing a bit of the magic that the song is on the album, something that would make clear throughout the entire concert. In a small period of time jump consecutive sounded "Lay your cards out" and "I see my mother" from his first job Give you the ghost, allowing their listen to show us the small Electronics leap that has meant their last LP. "Very cruel" preserved back to the public at the concert, showing that most of the attendance had come through the reconnaissance of Shulamith, but laziness and relaxation became again real with "Amongster ", yet served for personal showcasing of Leaneagh Channy and her warm voice. The highlight of the concert came in the middle of it, with almost chained interpretation of "Smug" and "Tiff", two of their more recognized hits and a sure thing live, thanks to catchy melodies and a voice that perfectly modeled reminiscent of the best songs of the renowned The XX. "Warrior Lord" and "Vegas" showed the increased presence of synthesizers and electronics in their recent creations, being the next song, "Chain my name" the one that best conveys these elements, approaching even own more danceable rhythms of bands like Aluna George. 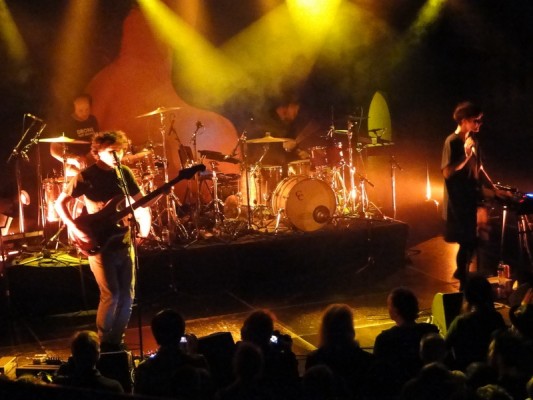 From here on the pace and atmosphere of the concert was decaying slowly with songs like "Torre", a failed "Darkstar" where the effects and synthesizers sounded very muted compared to the drums or any sound substrate, or the bland "I need $". Just before the encore we found this little gem that is "Wondering Star" where the more intimate side of the band is shown, while the extension was time to hear a watered down rendition of "So Leave" and the magnificent cover of 60's classic Lesley Gore "You do not own me" which served to close the concert and leave us a strange feeling of "What If.." so evident due to the ups and downs of one show that elevates you with moments as that version or Smug as or takes you to the most absolute indifference during half part of the gig.