After a first day with a very high level marked by the shows of Muse, Biffy Clyro or Chvrches, the second day of the Dutch festival Lowlands was presented as something inferior in relation to the headliner (Disclosure), but with a greater wealth and variety on aggregate thanks to performances by Sigur Rós, Noel Gallagher's High Flying Birds, M83 or local De Staat, among many others. 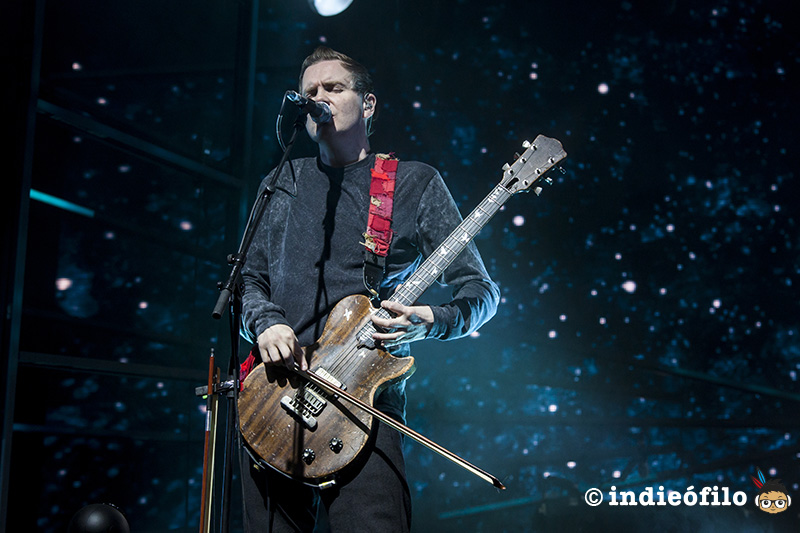 The day started in the main tent with the Australians Wolfmother, or what remains from the original formation. However, this return to the origins of his leader Andrew Stockdale is most rewarding, sounding even better than in the past thanks to an incredible band that gets even closer to those of the 70’s Black Sabbath with always compare them. With a very successful setlist that included all their hits like "White Unicorn", "Joker And The Thief" or "Apple Tree", the rabid and eternal "Woman" was the highlight of a remarkable concert.

The Americans Sleeping With Sirens were the next stop in a Bravo tent crowded of fifteen-year-olds with the caps backwards that went crazy with the first poses and pseudo hardcore guitar chords of the americans. Their show, quite repetitive and with nothing new to show, approaches to a punk-pop style with emo touches for teenagers that hours after their concert we still do not understand how they can attract young minds eager for new experiences. Luckily the next concert to take away the bad taste was the one of the Dutch band De Staat, that made us a strong impression in the past Down The Rabbit Hole. The band led by Torre Florim conquered the main tent based on rock, surprising the international audience present in the tent that cheered them and surely pointed their name for the future. Failing that their compatriots Kensington publish their awaited new album at the end of the year, we can say without a doubt that De Staat are the Dutch band of 2016. 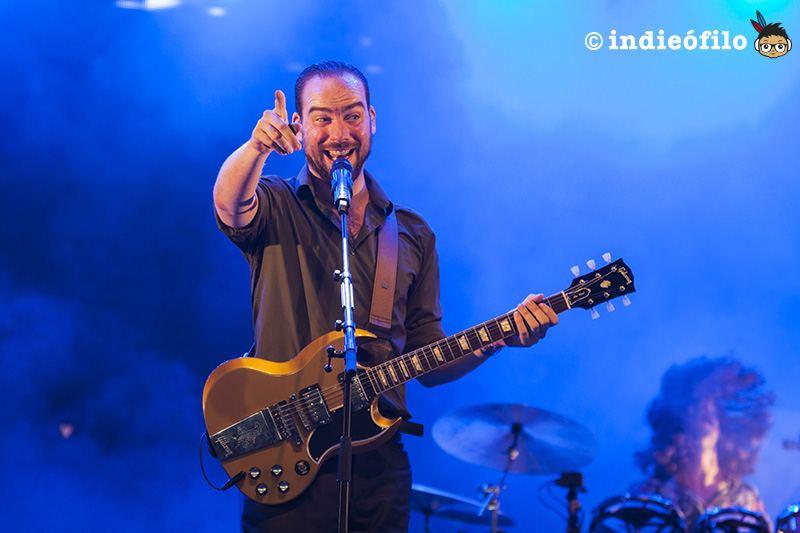 The Bravo stage continued with its pop-punk afternoon with the Canadians Sum 41. Despite the damage that they did to Queen's "We will rock you" and the continuous problems on the voice of their leader Deryck Whibley, unlike Sleeping With Sirens their concert was a concert with a marked line and style, interpreting songs that sounded to that punk for adolescents that so much success had at the beginning of century. At times it is shocking how so many young people can go crazy with a group that had its best on years when some of them had just been born, but it must be recognized that the final of their concert with "In Too Deep" and "Fat Lip" was without any doubt one of the moments of the day. 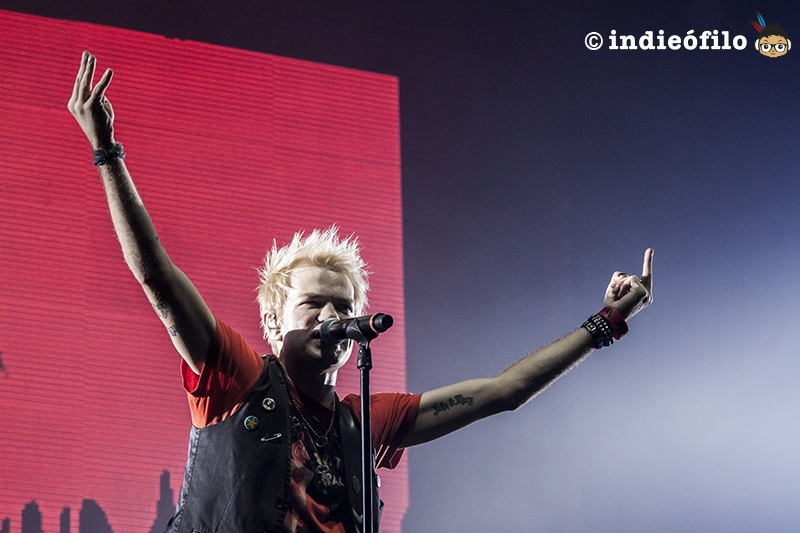 One of the big names of the day came perhaps too early to Alpha tent that surprisingly did not show even half an entrance. The music of the Icelandic Sigur Rós needs an atmosphere according to their precious and epic melodies, so it is totally incomprehensible that their performance was at mid afternoon with more light than necessary.. Despite this, and a somewhat erratic start after a screen of LEDs that completely tarnished the delicate "Starálfur", their show was in crescendo as the drum rhythms were gaining prominence and also when the voices of Jónsi, indivisible of his iconic image playing guitar with the violin bow, began to reach more treble tones. We missed something about Valtari (2012), unjustly exiled from the setlist, but even so theirs was a remarkable show disillusioned by the excessive presence of light. 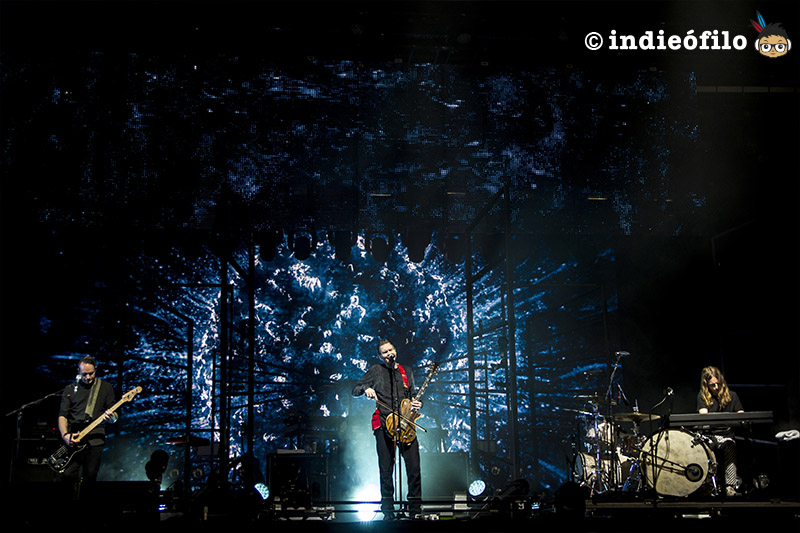 From here on came the typical festival overlaps in our schedule. With a clear division of preferences, one of our editors opted for the Noel Gallagher's High Flying Birds–M83 combo, while the rest opted for the psychedelia of King Gizzard & The Lizard Wizard and the electro-swing of the French Caravan Palace. In the case of the first pack, the eldest of the Gallagher offered a very similar concert to the one that we could enjoy months before at the Heineken Music Hall of Amsterdam, with continuous interactions with the public (It was priceless his moment when seeing two children in first Row, he asked them if they have been lost, for a song later asking them that if the last song they have listened was the best they have heard of their "short life"), and hits everywhere, both their solo and Oasis times. After a first half of the show dedicated to his High Flying Birds in which the Mancunian showed that his voice is at the best of his career, the last 20 minutes of concert would unleash the madness with "The Masterplan", "Wonderwall", "AKA … what a Life!" (Dedicated to all fans of Manchester City) and the multitudinous typical karaoke on "Do not Look Back in Anger", with which he closed the concert. 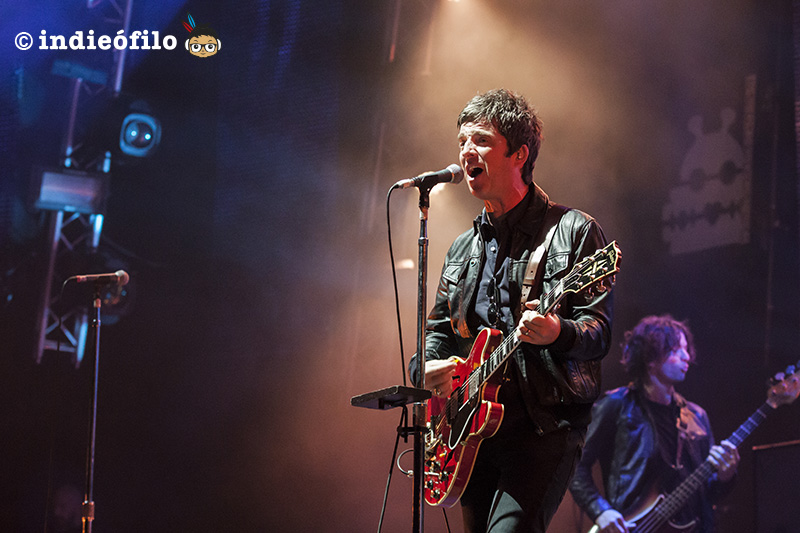 The fact of wait until the end of the show of the British made that it was almost impossible for us to enter to a crowded tent to welcome Anthony Gonzalez and his M83 project, who came to show their recent album Junk (2016). About 70 minutes show served to demonstrate the wide range of styles from French, who ventures into the 80’s pop, moves towards electronic or dare with shoegaze. A spectacular start with "Reunion", an incredible light sets throughout the concert, the popular acclaim with the hit "Midnight City" or the closure with the now distant "Lower Your Eyelids to Die With the Sun" served to open and close a magic circle in what was the concert of the day. 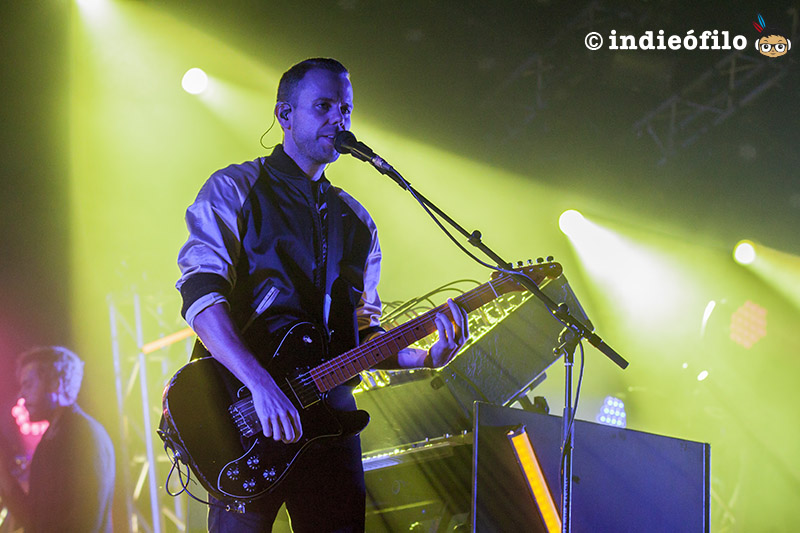 On the other hand, the recent fame of King Gizzard & The Lizard Wizard had overflowed a full Charlie tent that anxiously awaited the guitars of the Australians. The rain outside and the condensation of the tent created a magical atmosphere that the band was able to take advantage of it to perform a fast and uncompromising concert, in which the beers flew over our heads on several occasions and that before Stu's Mackenzie insistence even made an immense circle pit. Completely drenched with sweat, we used the remaining strength we just had to think that their latest album Nonagon Infinity (2016) is a unique live experience and "Robot Stop" one of the songs of the year without a doubt. 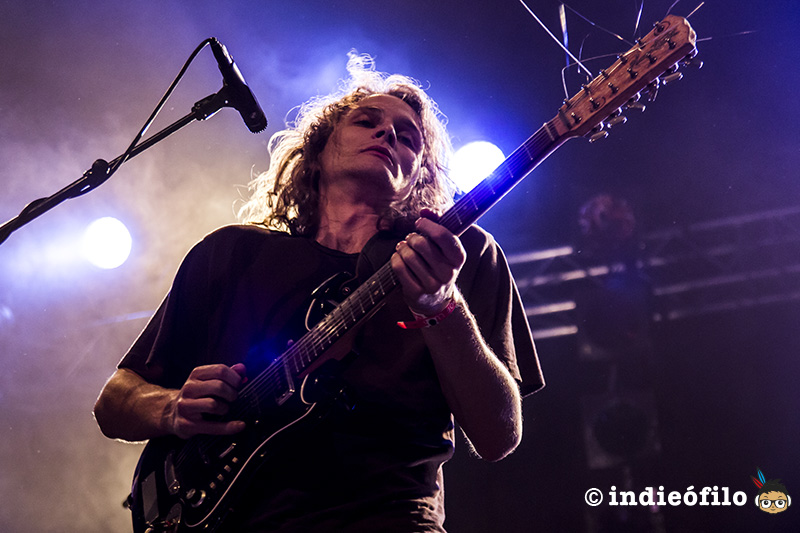 Totally different was the proposal of Caravan Palace, with many more nuances in their songs and an incredible desire of party that they knew to transmit to all the fans that also filled the Indian stage. With a setlist that almost forgot their album Panic (2012), the mix of wind instruments with the string ones, especially violin and double bass, made the tent a continuous party in which absolutely no one stopped dancing. 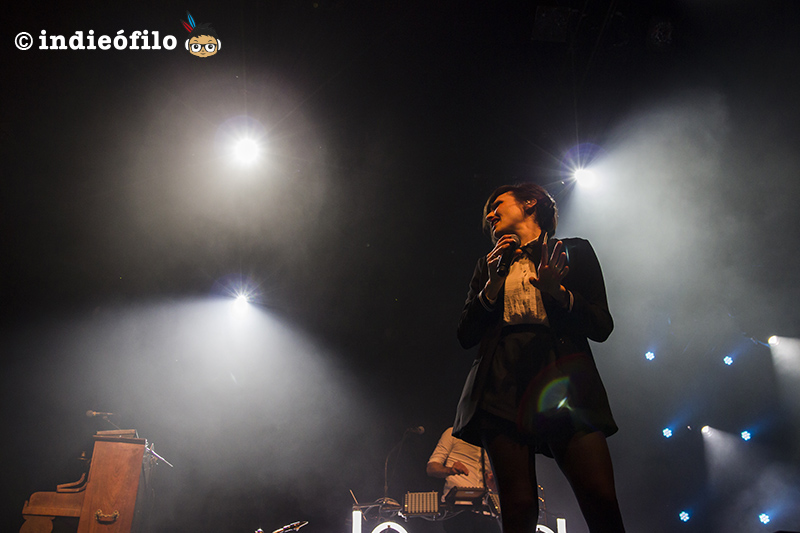 Thus, good day in general terms that had M83 and King Gizzard & The Lizard Wizard as great winners thanks to their connection with the public, where Noel Gallagher's High Flying Birds and Sigur Rós offered high quality concerts and in which we were surprised by the high presence of public to see live Sum 41, who did not enjoy this recognition even on their years of greatest success..