Just a year after his last visit to Barcelona, Irishman Glen Hansard returned to Barcelona as part of the lineup of Festival Mil.leni. In front an incomparable venue such as the Casino l'Aliança in Barcelona and with the promise of a solo concert, the sold out was clear some days ago, even though the room was not full to enjoy the Galicians Escuchando Elefantes when they started their concert.. The duet came to show their new LP Hope, and with the only help of one guitar, a drum kit and an incredible sense of humor won over an audience that show gratitude for them with a big applause, appreciating their mix of folk and rock that at times reminds of bands as The Lumineers or The Passenger. Special recognition deserves the incredible voice of Sílvia Rábade, capable of adapt any of the rhythms proposed by Carlos Tajes with an incredible versatility. 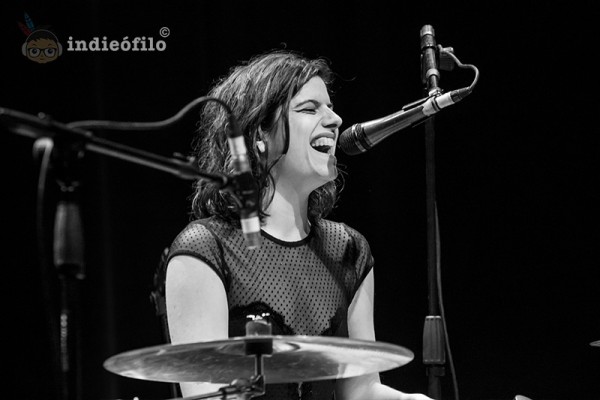 After this pleasant surprise, was the turn of the big star of the night, who with an incredible punctuality jumped to a stage where there were only a couple of guitars, a piano and a pair of night lamps. The evening began somewhat cold with the first songs in which Glen, with the sole help of a guitar, opted for songs from his solo career as "Winning streak" or "My tittle ruin", but among the showman qualities of Hansard, that did not stop sharing personal anecdotes, and the initial chords of the famous "When your minds made up", belonging to the soundtrack of Once, the concert reached the propitious atmosphere. 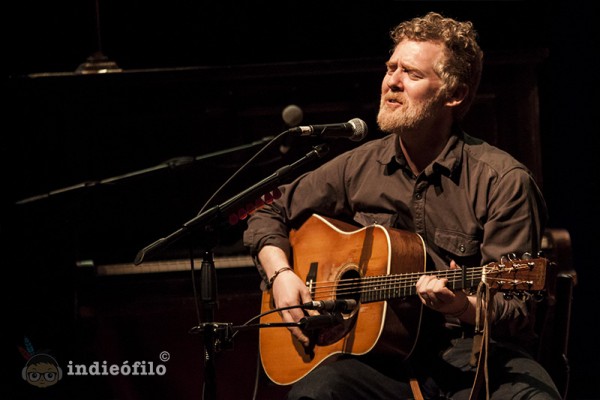 From here on, and together on the stage with master Javier Mas (guitarist of Leonard Cohen in the last decades with which he has collaborated regularly) in most of the songs, the show was crescendo in emotivity and strength, as it could be seen in the great "McCormack's wall", which typically Irish instrumental end was adapted masterfully between guitar rhythms and the hum of a devoted audience. Songs like "Stay the road" or an emotional dedication to Fergus O'Farrell in "Bird of sorrow" warm up the a theater that lived the first highlight of the night when the Irishman invited Quico Tretze to sing the award-winning “Falling slowly”, interspersing verses of the Catalan cover of the guy from Igualada with those ones who helped him to win the Oscar in 2008. 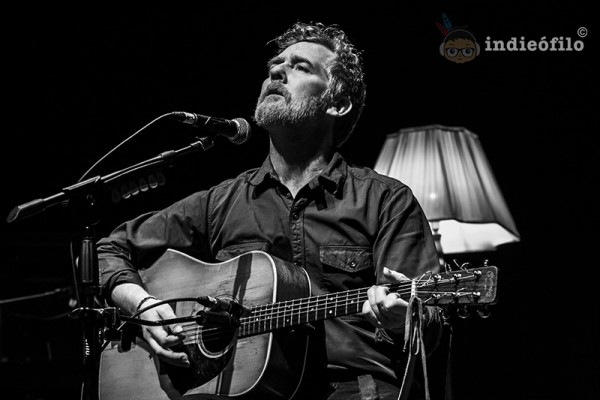 However the best was yet to come, as the last third of the concert will allow us to enjoy one of the few launches of the night in The Frames discography as "Say it to me now", which would be almost chained with two magnificent versions of Leonard Cohen as "Who by fire" and "Famous blue raincoat". After a couple of songs in which Glen Hansard sang without a microphone demonstrating the power of his voice, the end would come with a new version of Cohen, in this case "So long Marianne", in which all people that have jumped to the stage during the night joined the Irish to perform it, and where especially highlighted the verse sung by Silvia Rábade of Escuchando Elefantes and also the one sang by a spectator located in the fourth row, who before the consultation of Hansard to the public if anyone wanted to join them, left us all stunned with an almost professional power of voice and intonation.

So great night the one we lived in the Casino L'Aliança, where Escuchando Elefantes demonstrated why they are one of the greatest promises of the Spanish Indie Folk, and in which Glen Hansard together with a master like Javier Mas gave us a concert almost perfect in which we only missed more songs from his time with the Frames.