Festival Cruïlla 2018 began yesterday in Barcelona when the main stage designed by Lluís Danés was inaugurated with performances by Jack White, Enrique Bunbury and Seasick Steve. 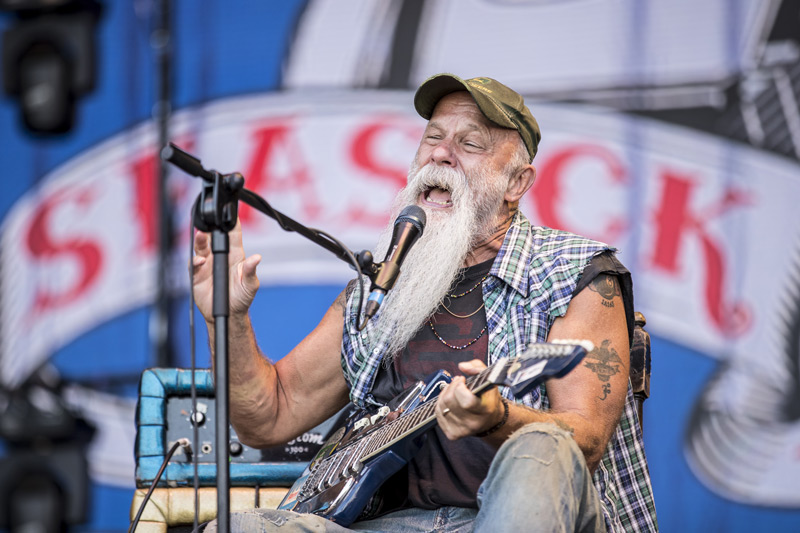 The day would begin precisely with Seasick Steve after 19:00 in front of some 1000 spectators who were desperately looking for the shade cast by the stage to protect themselves from the high temperatures that lashed the area of the Festival at Parc del Forum. he Californian veteran Seasick Steve showed an enviable good shape playing an endless number of instruments customed by himself (guitars-banjo with license plates or even some cans), while at the same time he did not stop talking with the audience. His southern blues gradually left a mark in a somewhat apathetic audience, who began to get into the show when Seasick himself invitated a teenager to jump into stage to sing for her "Walkin' Man" and ended up dancing to songs like "Can You Cook" or the unpublished "We Hate The Winter". 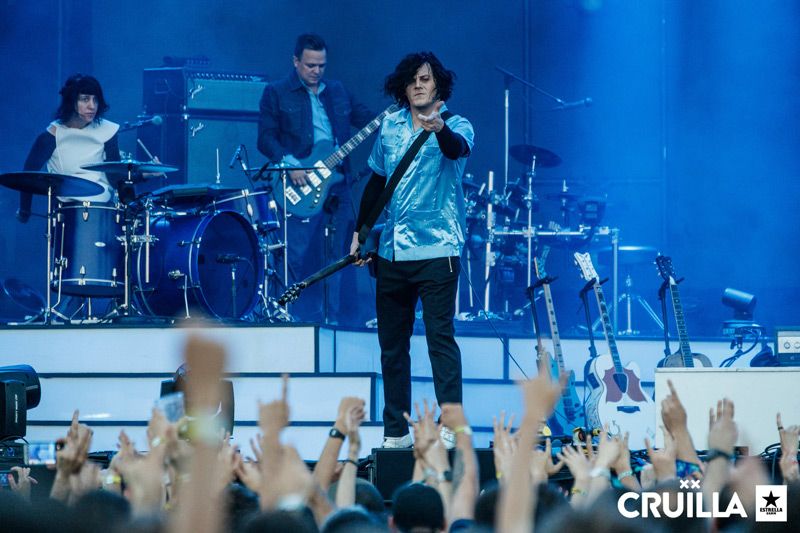 About an hour later, and with some delay above schedule, the big star of the night, his compatriot Jack White, would take the stage. Big defender of the essence of the blues, his first words were to thank Seasick for his performance, and then he started his show with "Over and Over", a track that also opens his latest album Boarding House Reach (2018). From this point on, the show was divided between what was merely musical and the show that Jack White himself created around him; a lot of guitar changes within the same song, three microphones with different effects or an overwhelming histrionics make that the songs sometimes state in a very distant background… And it's a shame, because either of his solo career or with the brushstrokes of all the groups he's been part of, he can build a high-quality concert. It's true that his songs with The White Strypes, The Raconteurs or The Dead Weather are the more succesfull ones for the audience (as "Hotel Yorba" or the magnificent "The Hardest Button to Button" and "Steady, as She Goes"), but it's precisely on songs like "Lazarretto" or "Would You Fight for My Love?" that his sound reaches a higher level of richness through guitar distortions, synthesizers or drums that perhaps remembers too much of his former partner Meg White. After just over an hour of concert, White will close his concert with the hymn "Seven Nation Army" (which will please most of the audience who were anxiously awaiting just that song) and will leave a few of us wanting more; of his own songs, of some covers like "Jolene", some extra song by The Dead Weather or of those magical chords from "Fell in Love With a Girl". 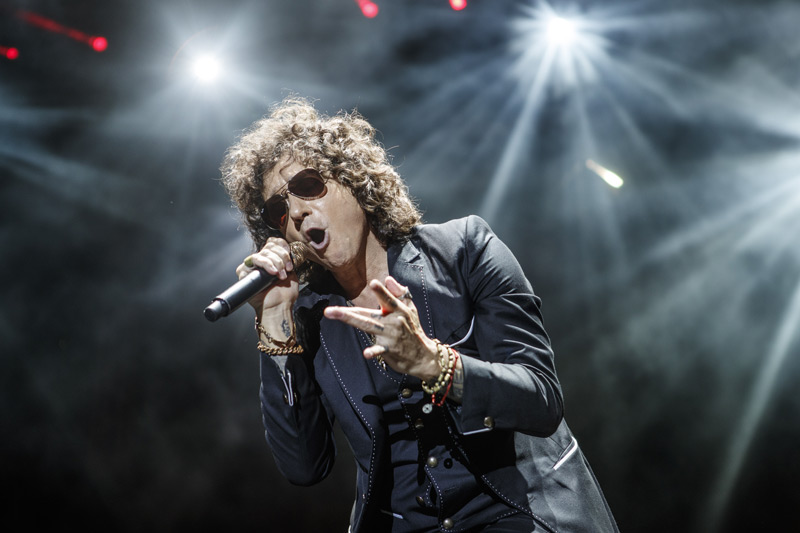 To close the opening night, the main stage welcomed the Aragonese Enrique Bunbury, who was returning to the festival after his performance in 2016 and to the city after his two concerts last December at Sala Razzmatazz. In front of a passionate audience who did not stop singing each of his songs, the Zaragozan began his concert by focusing on his latest album Expectativas (2017), from which were played chained "La Ceremonia de la Confusión", "La Actitud Correcta", "En Bandeja de Plata" and "Cuna de Caín". After a short speech, Enrique travelled back in time to bring us a semi-acoustic version of "Héroe de Leyenda", and then began to travel through his already extensive discography as "El Anzuelo", "Despierta", "El Hombre Delgado que no Flaqueará Nunca" or "Hay muy Poca Gente" which served to enjoy in all their splendour Los Santos Inocentes, a band with different names and members that has accompanied him for years and whose live quality is amazing. With the audience already submissive to his proposal, the cover of "Héroe de Leyenda" was like throw cold water over the rhythm of the show because the excess of percussion, keyboards and Latin-style saxophone made that one of the flagship songs of the 1980s in Spain sound really strange, although the concert would recover the cruising speed with the concatenation of hits from the now distant album Pequeño (1999) such as "De Mayor", "El Extranjero" and "Infinito", where Jorge Rebenaque's accordiondion stood out above the rest. There would still be time for more hits like "Si", "Maldito Duende" or the also down-tempo "Lady Blue", but Bunbury knew he was the big winner of the night since long time ago thanks to his connection with the audience and a majestic sound.