British Fanfarlo were for second time in a couple of years at Espai Rambleta in Valencia, although this time they were on the auditorium to present their last job Let´s Go Extinct. Lilies on Mars were the band in charge of opening the night during all european Fanfarlo's tour. With some delay, the beginning of the show atonished the few people that were on the hall, due to difference of sound with the main guest of the night. Italian girls settle in London presented their last LP Dot to Dot, who was on stores since last 11th of February. They played 7 songs from it without any flace and at the end they say goodbay to the attendance encouraging Justin to get better under the doubt of some people on the crowd that who are this Justin the girls were talking about, although in a minute we understanded what happened.

Fanfarlo took the stage also with a little delay, and above all with something strange on the roster of the band. Simon Balthazar told us at the beginning of the show that Justin (Justin Finch, their bass player) was suddenly ill and he needed surgery as soon as posible, so they were thinking about cancel the gig or made something different from the original plan, due to they were practising all afternoon. Luckily, they chosed second option.. 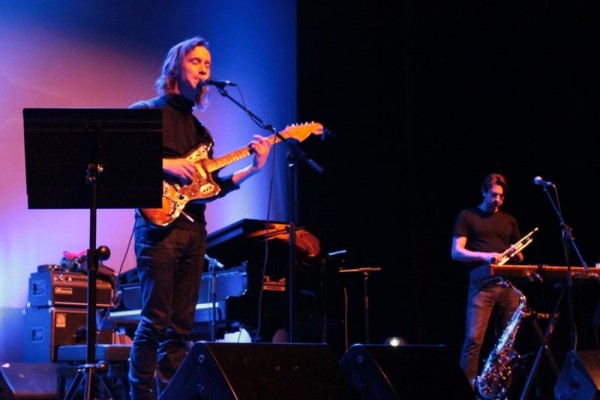 "Deconstruction" was the song chosen to start the concert with frightened faces among the band, although more slowly than in the LP version was a great success by the band. In addition we found that the new addition to percussion of Magaletti Valentina brought versatility to the band live. On "I'm a Pilot", Leon Beckenham leaved for a moment his inseparable trumpet to play the piano and bass guitar to make that instrument to ace an acoustic version of the first track of "Reservoir". 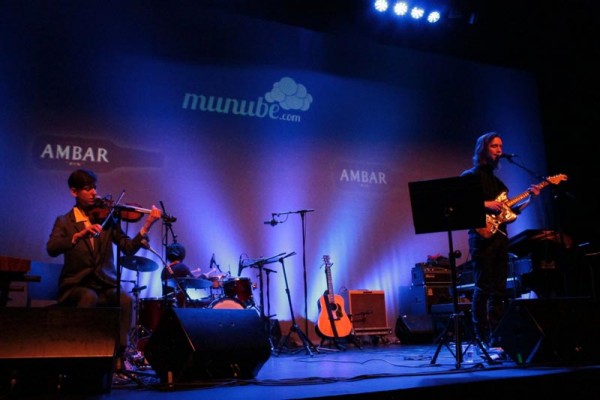 The vocal harmonies of their new album were shown at "The Beginning and the end", thus achieving what might be the best moment of the concert with Cathy Lucas, who despite having problems with her sound, began to overcome her shyness to follow Simon in choirs. They continued presenting their new album with "A Distance", "Landlocked" or "Let's Go Extinct", at which Simon Balthazar took the opportunity to talk about the leitmotiv of their new album, possible future projects.. Although the song was not succesfull due to distortion on the guitar and sound problems in the chorus. The concert was declining, and it became clear to the interpretation of "Comets", and specially with the experimental cover of "Andalucia" form John Cale, with the band looking lyrics at the mobile phone, starting it as about 3 times and finishing it with a clear "This is terrible" from Simon Balthazar. 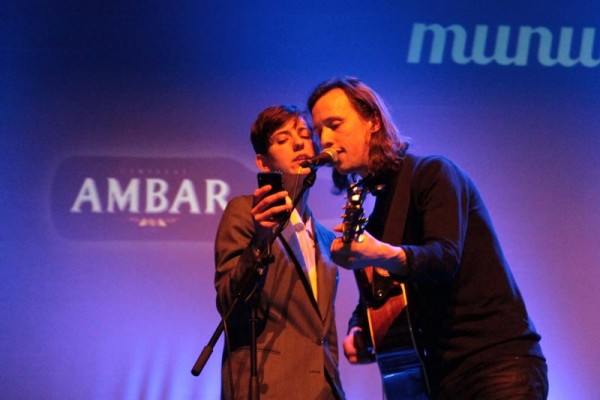 After "We're the future", "Harold T. Wilkins" was responsible for closing the night, even if the had to start it 2 times because the first time they were not rhythmic. They went again at the auditorium of the Espai Rambleta in order that Simon sang "Vostok, I Know You Are Waiting", which was this time the end of a strange and unusual concert that although the quality was not the strong point on it, we must thank greatly to the band's efforts.