With one of the best albums of 2015 on their back pocket, Americans Deafheaven landed at Paradiso room in Amsterdam to present for the first time in the Netherlands their acclaimed LP New Bermuda. 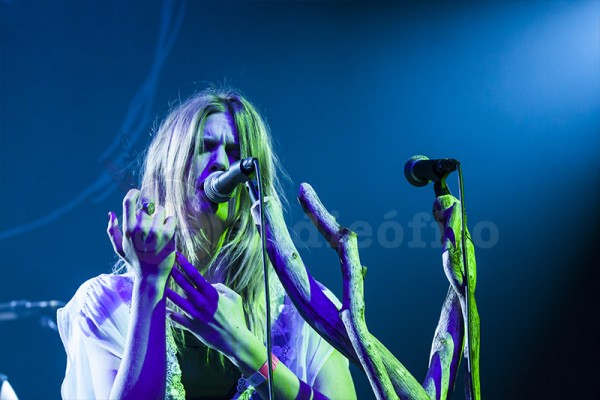 Responsible for opening night were Myrkur, Danish band led by Amalie Bruun, who has been part of dream pop and indie bands like Ex Cops or Minks. It is precisely this strange mix of Dream pop with black metal which makes Myrkur a proposal to follow, first because it is much more accessible than the Norwegian black metal from the 90's, and also because the mix of subtlety and rage is reflected in a cared live proposal but with enough power to maintain the room intrigued for 45 minutes. For those that are more neophytes in more metal proposals, we highlight the clear and crystalline soundscapes that evoke relaxed atmospheres, which however, surprised in a good way the speed with which growled vocals or distorted guitars appear in the whole without being out of place.

The stars of the night took the stage led by the active George Clarke, that with his continuous movements and poses achieved involve the entire room in their proposal in a jiffy. Only five themes has New Bermuda, but which five incredible songs and what a way to interpreting them live, with a forcefulness and quality that demonstrate why Americans are one of the best-reviewed bands live. Poor those who forget their earplugs, because among the drums of Daniel Tracy and the harsh cries by George Clarke, the overall volume makes the sound transferred unexpected heights, drilling your brain with a proposal that engages at the same time that is uncomfortable. 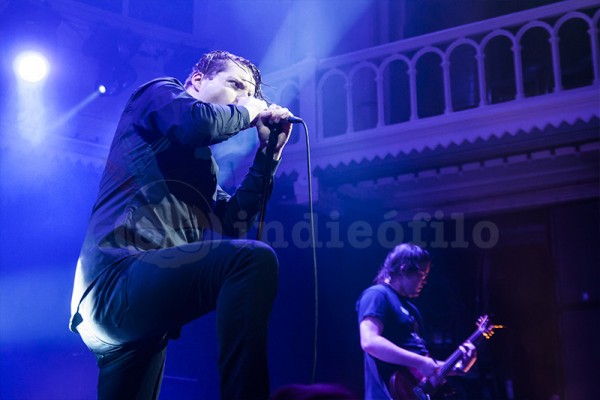 To the delight of a quiet middle age audience, heterogeneous dress and who preferred to headbang instead any kind of moshpits or pogos, songs from their latest work were falling one after another, highlighting "Luna" and "Baby Blue", specially for the greater presence of bass and effects on the guitars that approximate the proposal closer to post-rock than to black metal styles. After nearly 40 minutes full of strength, New Bermuda came to an end and for our joy even would have time for two encores as "Sunbather" and "Dream House", with which madness were finally unleashed in a room that fell surrendered to the proposal of the Americans. Deafheaven have one of those proposals live, that should not be missed although you are not a metal fan, as their quality and forcefulness serve as safe passage before any initial reluctance. Deafheaven are great and you must know it…