Third day of Arenal Sound 2014 provided us pleasant surprises as Russian Red or Buraka Son Sistema gigs, and other less like Placebo concert. Russian Red gave a great concert, where besides present her latest album with songs like "Michael P, John Michael" or "Casper", gave an overview of their best songs, but changing the folk air of her first albums by a rock style more close to Agent Cooper, resulting in a magnificent performance by Lourdes and her band.

On Negrita stage Miss Caffeina sounded great, with great public acceptance also being a bit more mature than we were accustomed and focusing more on music than in other things. The next group in this scenario was The Asteroids Galaxy Tour, although their style did not fit so much what is usually the offer of the festival, was a well-conducted concert by the Danish, which featured a phenomenal Mette Lindberg knowing how to fill the stage with her presence.. Less lucky were Swedish The Royal Concept a couple of hous later, and it has come a time when all this saturation by groups from Scandinavia offers not so much, and so passed on their live, forced and overacted with a very similar and too plastic music performances as it was the performance of the Swedish. 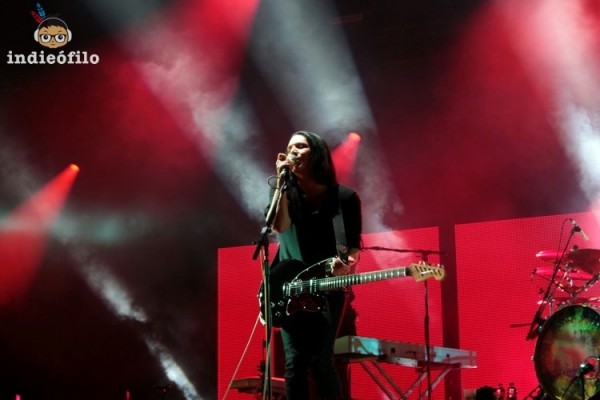 On Desperados stage Matt & Kim were a pleasant surprise for the sounders by the animation that featured in their gig, though musically they were very soft, focusing more on making nonsense (jumping to the crowd, throw balloons, etc …) than in the quality of their concert. The most waited band of the night, Placebo, point out to the stage with a great number of security guys in the photo moat. Brian Molko y Cía. show was perhaps the great disappointment of the festival, with the band distant with the public and among themselves, only relying on the little animation that could give Stefan Olsdal speaking few words in Spanish.. The band came to show their last album Loud Like Love and thus it was with songs like “Loud Like Love”, “Rob the Bank”, “Purify” or “Too Many People”, and also their already hymns as “Every You Every Me”, “Special Need”, “Meds” or “Infra-red”, but all they interpreted as if it were a CD, quick, distant and without the power that Placebo had accustomed us in their past lives.. 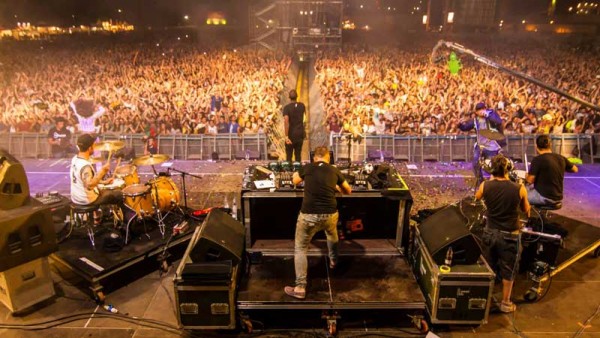 On the other hand, Portuguese Buraka Som Sistemawere later the great surprise of the night. Their fresh and danceable ethnic rhythms were quickly transmitted to the sounders during the whole performance, reaching collapsing of security agents to encourage trench up the stage at the crowd that eventually became over 20 people dancing on stage. To close the night, German Boys Noize closed the third day of Arenal with a great session based on their already famous remixes.