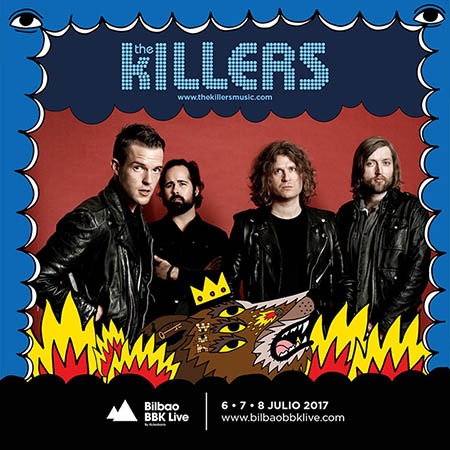 After announcing a month ago Die Antwoord, Fleet Foxes, Phoenix or Two Door Cinema Club, Bilbao BBK Live 2017 announce today a pre-Christmas present with the name of a new headliner. The American band The Killers will play at the next edition of Bilbao BBK Live, which will be held on 6 and 8 July in Kobetamendi at the Basque Country, and join Depeche Mode as big names in this edition. The performance of the band of Brandon Flowers will be exclusive at the festival, being this their only gig in Spain in 2017.