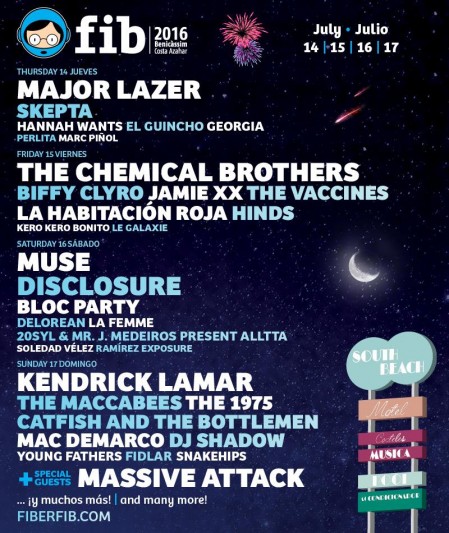 Only one month after confirming Muse, The Chemical Brothers, Massive Attack, Disclosure or The Vaccines, the organisers of FIB 2016 have just announced a new batch of names for its line-up. Among the big names you can find Biffy Clyro and DJ Shadow, but also La Habitacion Roja, El Guincho, Fidlar or Skepta. On the other hand, the schedule divided by days has also been announced, as you can see on the image on top of these lines.

We remind you that tickets for the festival, which is held in Benicassim from 14th to 17th July, can be bought at the official Website of the festival with a starting price of 147.50€ (+ fees) for the 4-days ticket with camping included.