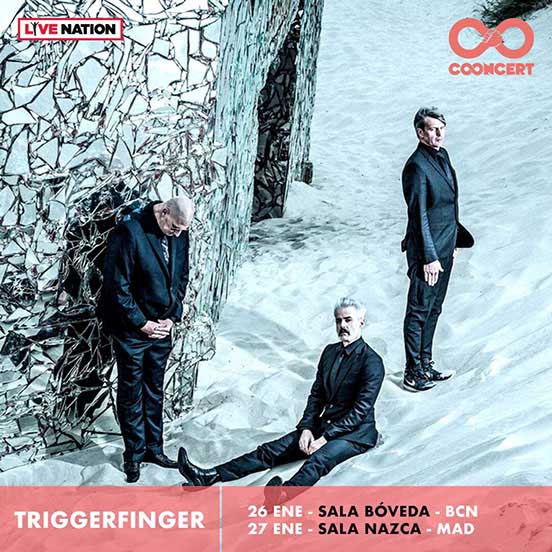 Belgians Triggerfinger, one of the favorite bands of our editor Victor, will visit Spain next January. After being the surprise concert of the last edition of the prestigious Dutch festival Lowlands, the trio led by the charismatic Ruben Block will perform in Barcelona and Madrid to present their fifth album Colossus (2017), January 26th at Sala Bóveda in Barcelona and a day later, on January 27, at Sala Nazca in Madrid. The band from Lier, near Antwerp, is a mass phenomenon in their native country and also in the Netherlands, where they rose to fame with their powerful third album All This Dancin 'Around (2010), reaching international fame with their version of "I Follow Rivers" by Lykke Li.

The prices for the two concerts are already on sale through the website of the promoter Cooncert at a promotional price of €18, while the price at the box office will be €20.