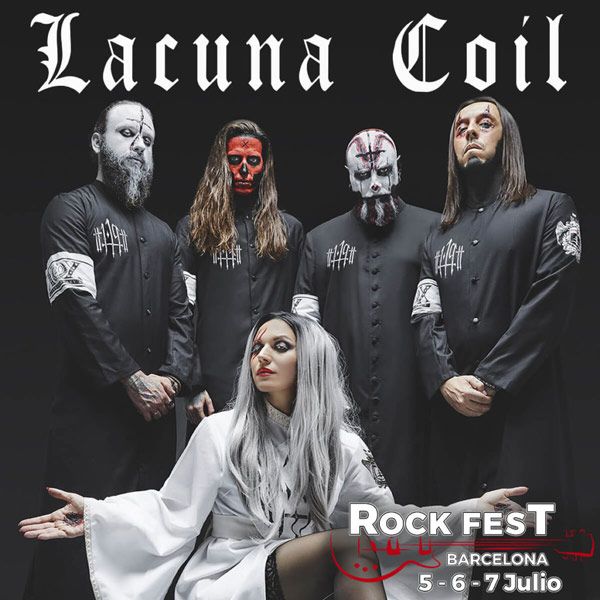 After announcing at the end of January 7 more bands for its lineup, the organization of Rock Fest Barcelona 2018 has confirmed this morning 10 new names. In this new batch highlights the presence of the Italians Lacuna Coil and her charismatic singer Cristina Scabbia, the veterans Stryper, Christian metal band with more than 35 years of career led by the Sweet brothers who will present live their new album God Damn Evil (2018) or The Dead Daisies, the superband of the rhythmic guitar David Lowy with Doug Aldrich and Marco Mendoza of Whitesnake, Deen Castronovo of Journey and John Corabi of Motley Crue. The other announced bands include Phil Campbell of Motorhead playing Phil Campbell and the Bastards Sons, the death metal of the Canadians Kataklysm and the Spanish bands Mojinos Escozios, Porretas and Born In Exile, progressive metal band of Santa Coloma de Gramenet that will follow with the tradition of bands from the city that open the festival.

On the other hand, and for the typical tribute concerts that take place at the festival, this year we will enjoy the French T.N.T – AC / DC TRIBUTE and the return of Motorhits, tribute band to Motorhead. The organization of the festival has also confirmed that due to schedule problems, finally Sacred Reich will not perform at the Rock Fest Barcelona 2018.

We remind you that tickets for the Rock Fest Barcelona 2018, which will be held from July 5 to 7 at the Parc de Can Zam of Santa Coloma de Gramenet, are available through the RocknRock website, Ticketmaster or Ticketmaster network. (Hawk Travel, Fnac, Carrefour …) at a price of €175+fees for the 3 days ticket and from €100+fees for daily tickets.