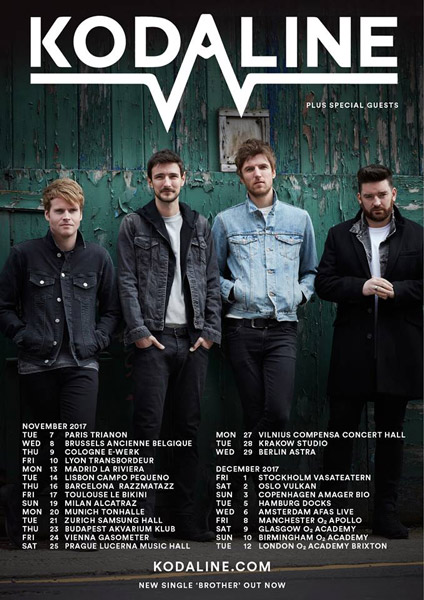 Irish band Kodaline, that during this summer will be playing at some of the main festivals around the world, have just announced that they will tour around Europe in November and December 2017. The tour will start on November 7th in Paris, and after 26 concerts and 16 countries, will end at the 02 Academy Brixton in London. This tour will be the premiere for their awaited third studio album, without a name yet, from which we have already listen its first single "Brother", released a couple of weeks ago.

Tickets for the tour will go on sale next Friday July 7 through Ticketmaster, with different prices depending on the location.