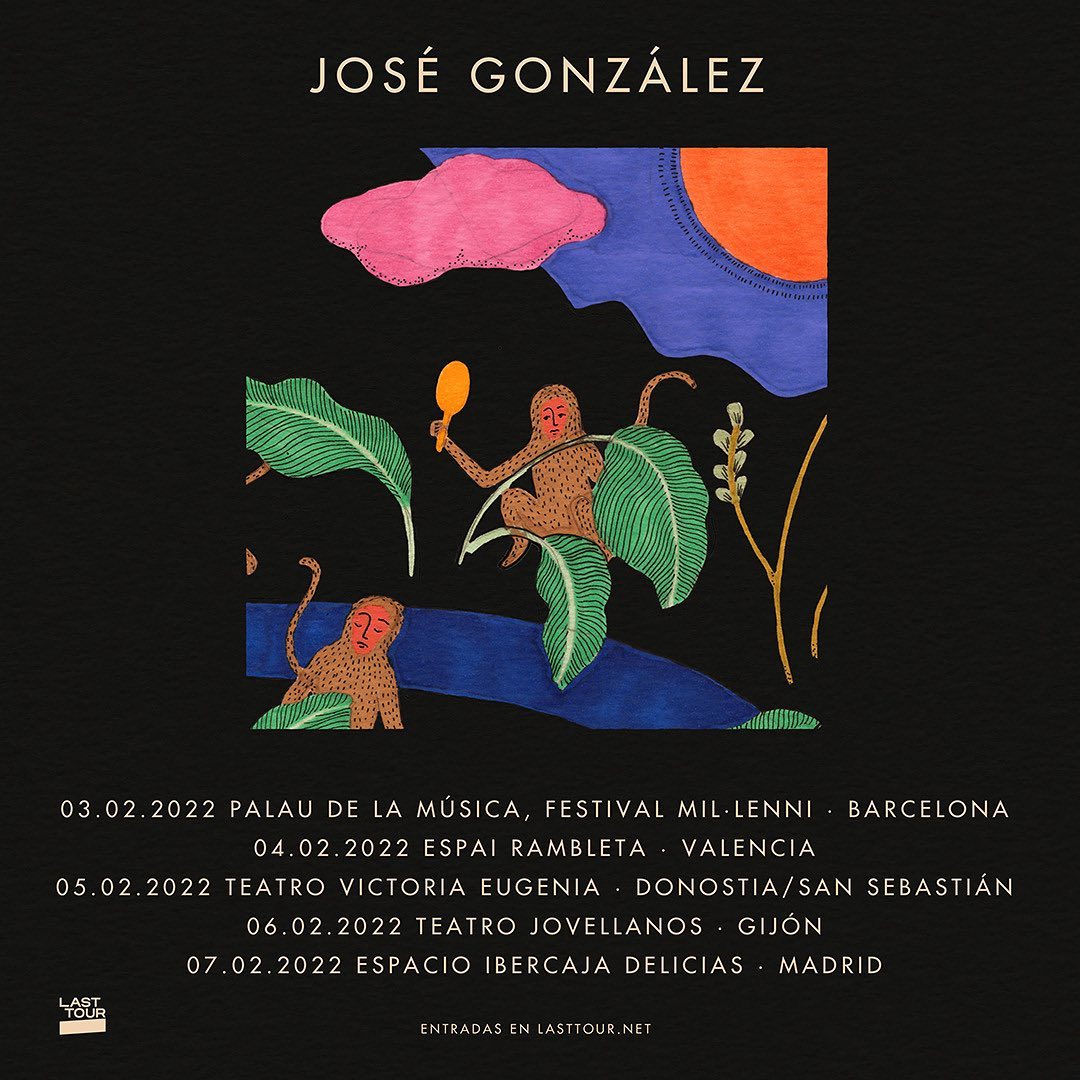 Not even a year has had to pass for the Swedish singer-songwriter José González has decided to step on stages again in Spanish territory, since in 2022 he will return to our country to perform in up to five different cities. From the hand of Last Tour International we have learned today that José González will present his latest album Local Valley (2021), the first in six years, on Thursday February 3, 2022 at the Palau de la Música in Barcelona within Festival Mil·lenni, a day later, on Friday February 4 at the Espai Rambleta in Valencia, Donostia and its Teatro Victoria Eugenia will be in charge of receiving the Swede on Saturday, February 5, while the last two concerts will be at Teatro Jovellanos in Gijón on Sunday, February 6 and Monday, February 7 at the Espacio Ibercaja Delicias in Madrid.

The tickets, whose prices are still unknown, will be on sale at lasttour.net.