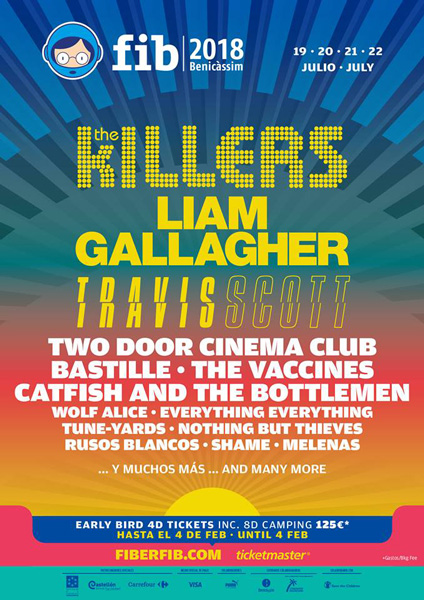 After announcing The Killers as the first big headliner last December, FIB 2018 is gradually revealing new names for its line-up. Today have been confirmed Liam Gallagher, who will be back after last year's massive performance, Travis Scott, Bastille, The Vaccines, Two Door Cinema Club, Wolf Alice, Catfish and the Bottlemen, Everything Everything, Tune-Yards, Shame, Nothing But Thieves and the spanish bands Rusos Blancos and Melenas. It is not surprising that Liam Gallagher returns to the Festival in 2018 as As You Were (2017), the first album of Ourkid, became one of the big surprises of this year's.