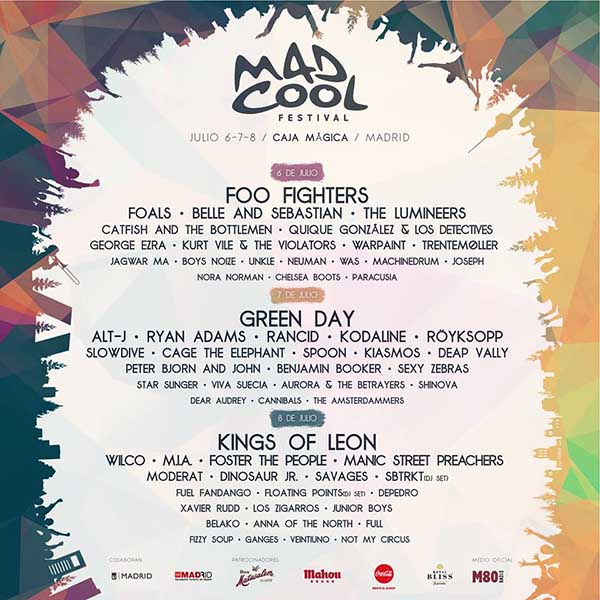 Although last February Spanish Mad Cool Festival 2017 has announced almost its lineup in its entirety, today we were surprised with two new names that join this year's edition. The Welsh Manic Street Preachers will play at the second edition of the Madrid festival, where they will present the tour that celebrates the 20th anniversary of their album Everything Must Go (1996), while the second confirmation is the English George Ezra, who will launch a new album soon after the worldwide success of Wanted on Voyage (2014), that included his hit "Budapest". On the other hand, the organization has announced the loss of Wolf Alice, as according to the band it has been delayed the publication of their new album and they have decided to cancel any live concert until then.

We remind you of the tickets for the festival, which will be held at the Caja Magica in Madrid from 6 to 8 July, are sold out since last week.