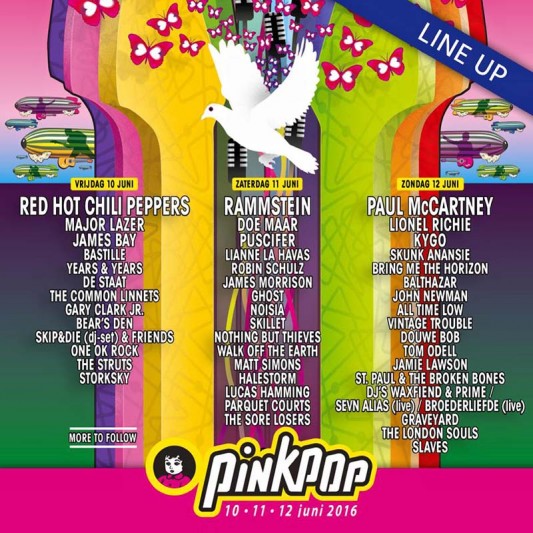 Although the headliners are great, the line-up of this year seems to be minor regarding the ones in the past, were it was possible to enjoy bands as The Rolling Stones, Arcade Fire, Arctic Monkeys, Metallica, Biffy Clyro, Stromae, Bastille, Limp Bizkit, Editors, Ed Sheeran, John Newman, Bombay Bicycle Club..Only in the 2014 edition!!

We remind you that tickets will be available since next Saturday 20th February 2016 at its official Website, priced at 195 Euros for 3 days including camping and 95 Euros for a day ticket.