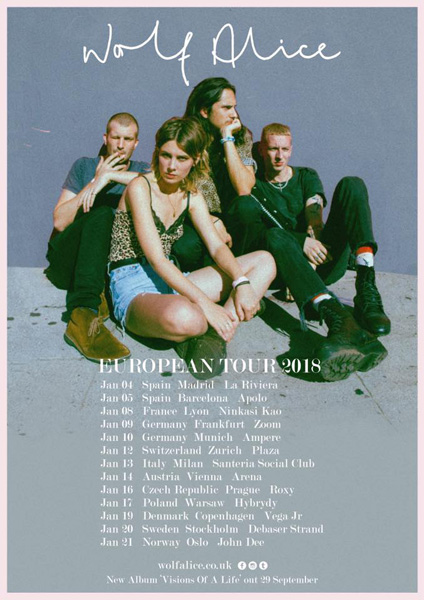 English band Wolf Alice have just confirmed the dates of their European tour for 2018. Wolf Alice will start this tour that will take them for up to 11 countries on January 4 at La Riviera in Madrid and will finish it more than 2 weeks later at John Dee Hall in Oslo. The London band led by Ellie Rowsell will return to stages to premiere their second album Visions Of A Life (2017), which will go on sale later this month of September through Dirty Hit and that will be their consolidation album after the powerful My Love Is Cool (2015).

Tickets to enjoy live Wolf Alice in Barcelona and Madrid will go on sale this Wednesday, September 13 at 10:00 am through www.livenation.es and www.ticketmaster.es  with a price of €22 + fees.