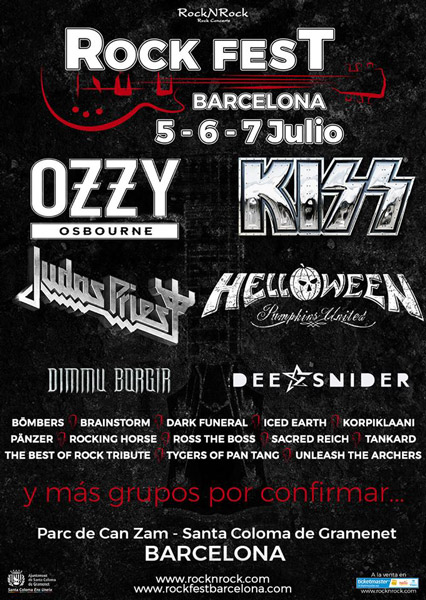 Not a week has had to pass so we know new names of the line-up of the Spanish Rock Fest Barcelona 2018. After confirming last Friday Kiss and Ozzy Osbourne, the organization of the Catalan festival has announced a new batch of names among which highlight the presence of the singer of Twisted Sister Dee Snider, in addition to the folk metal of the Finnish Korpiklaani, the black metal of the Swedes Dark Funeral or the eighties metal of the German Pänzer. Sacred Reich, Unleash the archers, the local Rocking Horse or the tribute bands Bombers (Motorhead) and The best of Rock Tribute close this fourth round of confirmations.

The three-day tickets for the festival, which will take place between July 5 and July 7, 2018, at Parc de Can Zam in Santa Coloma de Gramenet (Barcelona), are on sale with a promotional price of €150 (+ fees) that has been extended until December 1, and can be purchased on the RocknRock official Website and also Ticketmaster or its Ticketmaster ticket network (Halcón Viajes, Fnac, Carrefour…).