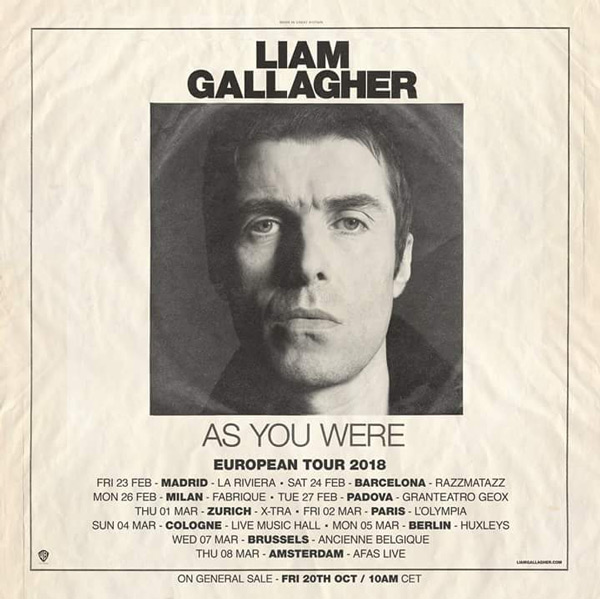 British artist Liam Gallagher has just announced the first dates of the European tour to present his first solo album As You Were (2017). The tour opens at La Riviera in Madrid on February 23rd and Sala Razzmatazz in Barcelona one day later, and from there moves on to Italy, Switzerland, France, Germany, Belgium and the Netherlands.

The sale of tickets for the gigs of Liam Gallagher in Barcelona and Madrid, which will have a price of €40 (+ management fees), will open in pre-sale mode via Livenation at 09:00 on October 19, while the general sale will be enabled through Livenation , Ticketmaster & Ticketmaster Ticket Network (FNAC, Halcón Viajes and Carrefour) from 9 am of Friday October, 20.