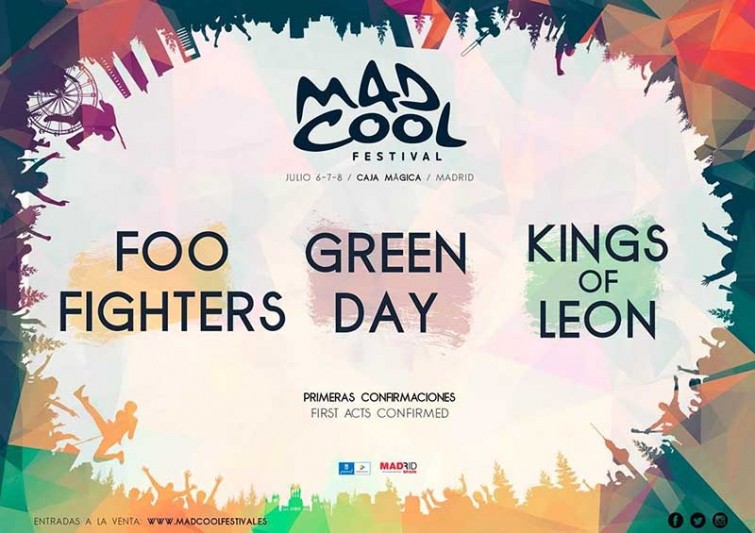 Just two days after announcing two of their headliners, we already know what will be the third big band of the lineup of Mad Cool Festival 2017. Although the organization will want to announce this next Wednesday and had hung a gif on its profile of facebook where they repeated the letters KNSAC, the Webmaster of the official Website of Green Day played a dirty trick when they uploaded a photo that accompanied the news of the confirmation of the band of Billie Joe Armstrong and company that included Foo Fighters and Kings Of Leon as headliners of the Spanish festival. Although the photo was only a few hours online, the captures have run through social networks, so it seems that the band from Nashville (thanks Carlos Alzás infoming us about our big error) will be the headliner of the 8th July, the only day that is available to headline, presenting their new album Walls.

We remember you that tickets for the festival, that will be held from 6 to July 8 at La Caja Magica in Madrid, will go on sale next Monday, November 14, on the official Website of the Festival with an initial price for the first 10,000 tickets of €125(+ expenses) for the three days (€105+expenses with the Mad Cool card). Once those 10,000 tickets get sold out, the price of the 3-Day Ticket will be €145+expenses.