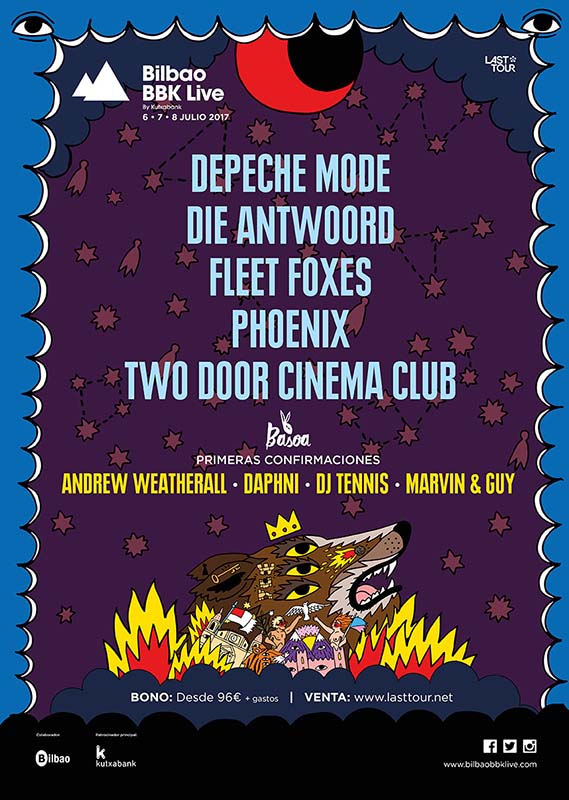 Spanish festival Bilbao BBK Live 2017 has announced new names for its lineup this morning. After announcing Depeche Mode in mid-October, the organization of the festival that will take place from 6 to 8 July 2017 in Kobetamendi has confirmed today Phoenix, Fleet Foxes, Die Antwoord and Two Door Cinema Club, in addition to announcing also the first names Of Basoa, electronic side of the festival: Andrew Weatherall, Daphni, DJ Tennis and Marvin & Guy.