British Maxïmo Park came to the Melkweg room in Amsterdam to celebrate the 10th anniversary of the album that gave them world renowned, A Certain Trigger, a fact for which they have organized a tour in that in addition to the greatest hits of their discography, they fully play the album that shot them to fame. 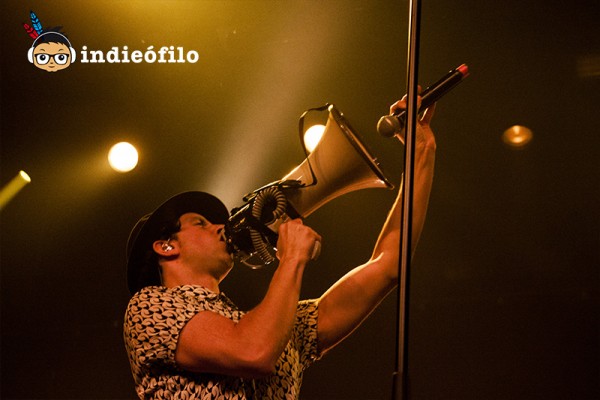 Before an almost room full, the Newcastle guys  came out like a cyclone and made it clear from the right off that the night would not have many instants for rest, as shown in a spectacular start where sounded "Girls Who Play Guitars", "The National Health","Wraithlike" and "The Kids Are Sick Again". As usual in the live of the band, Paul Smith capitalized the stage with his energy and jumps, but this time failed to encourage more to the first few rows of audience something cold. Therefore can not be understood the choice of the following songs from the setlist "Leave This Island", "Hips and Lips" or "Wasteland", minor songs of their discography in which also the guitar lost his usual guts to enhance a keyboard out of place which made the atmosphere to cool further. 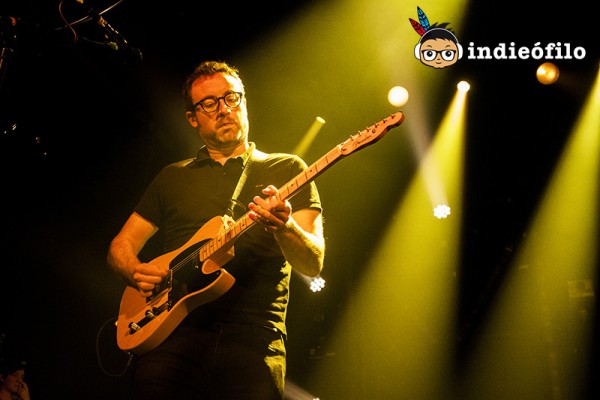 Thank goodness that with "Russian Literature" and "Give, Get, Take" the band took back control of the show thanks to a bigger presence of the drums, just before bringing the madness to the room with two of the most vibrant tracks of their second album Our Earthly Pleasures as "Our Velocity" and "Books from Boxes", on what was going to be a prelude to what expected to us in the main part of the concert, which was to restart after a brief pause for two minutes. For when Paul Smith returned with a new outfit, sounded on the back the first chords of "Signal and Sign", that as all fans of the band know are the first track of their debut album and that later is followed by "Apply Some Pressure", great hit of the Geordies that was chanted with one voice by an enthusiastic public. Already with the crowd as tailwind, it would be the time for "Graffiti", "Postcard of a Painting" and "Going Missing", where was possible to enjoy the best 15 minutes of the show thanks to the return of some powerful guitars that we had miss in the first part of the show. 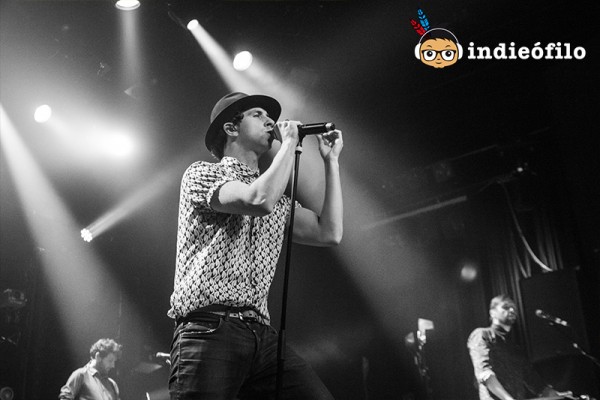 With the band showing their more rocker side, the last 30 minutes had the same ups and downs that has the album, where "I Want You to Stay" and calm "Limassol" completely break up the rhythm of show. Although due to impetus and energy that the band played throughout the whole concert (just pauses and chaining tracks one after the other) made the comedown was not so visible, the crowd turned to go mad when sounded "The Coast Is Always Changing","The Night I Lost My Head ","Once, a Glimpse" and "Now I'm All Over the Shop", where Smith showed top form in his voice and in which even joked with the audience. For the end remained dispensable "Acrobat" and "Kiss You Better" , in which the singer himself had to be help by a book to remember the letter, and that was a bucket of cold water as closure to a show that had carried during most the time a good pace.. We understand that these are the songs that close the album and maintain the structure of the tracks is something fundamental in this type of shows, but a couple of songs that will help to raise the mood as extra encores will mean to close with a final flourish a show that was quite good and that help us to go back in time and remember one of the best brit albums of the last decade.