What promises to be a generational duel between the last two decades of the music ended better than it started.. Just a few hours before the start of the show, We Are Scientist announced that they would not be part of the starting lineup because of transport problems of Keith Murray, who was in Paris last Friday, becaming the night a solo gig of Ash. Despite the initial disappointment, a show of the Northern Irish band already deserves to the move to the center of Amsterdam, but when you can also enjoy a few encores with 2/3rds of WAS interpreting themes of the American band and even a version of Weezer to close the show, the reward becomes amazing. 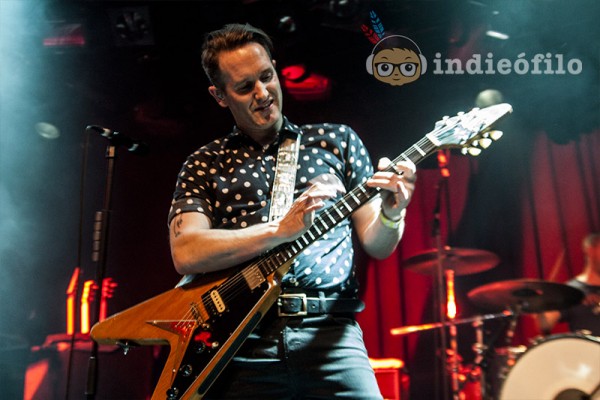 About 20:30, and against a slightly cold room regarding ambient, Ash started their concert with "Evel Knievel" and "Cocoon", two of the hectics songs of their new album Kablammo!, the first album in more than eight years after the failed Twilight of the Innocents, of which there was no song in the setlist. After them, began an extensive tour of all their discography that took us to the first high point of the evening, when sounded almost consecutively "Goldfinger" and "Kung-Fu", songs that made us travel in time 20 years ago, when they launched to the market the successful 1977. 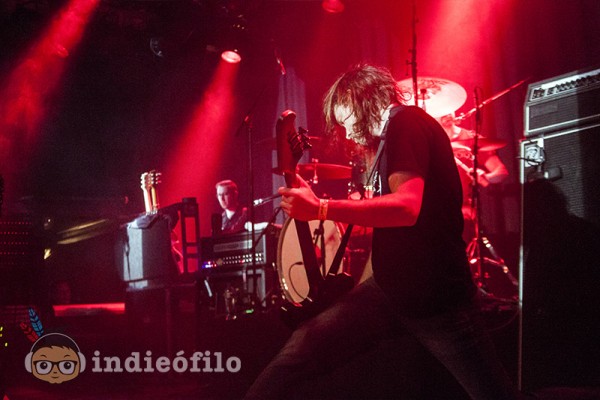 After a song of their new album, madness returned with "Evil Eye" and "Oh Yeah", showing that any past was better for Northern Ireland and triggering after them a little depression in the atmosphere that only dissapeared when they sounded the first chords of the sweetened "Shining Light", understandably sung in unison by the crowd. This was to be the prelude of a great rush end to close the concert with the distortion of guitars as protagonists, first with the eternal "Girl From Mars", and later with the accelerated "Burn Baby Burn".

When everything indicates that the show had ended, Chris Cain and Andy Burrows from We Are Scientist took the stage to join Ash (and incidentally make WASH in a joke launched by the leader of Ash) and thus delight the public with some of their songs. "The Great Escape" and "After Hours" would be the selected songs from their discography, with Tim Wheeler reading the lyrics on a paper cribsheet as a main singer, while the icing on the cake would be an amazing (and endless version) of "Undone – The Sweater Song" by Weezer, that succeeded in making the audience fell head over heels of both bands and ipso facto to forget the disappointment of being unable to enjoy the entire show Americans.