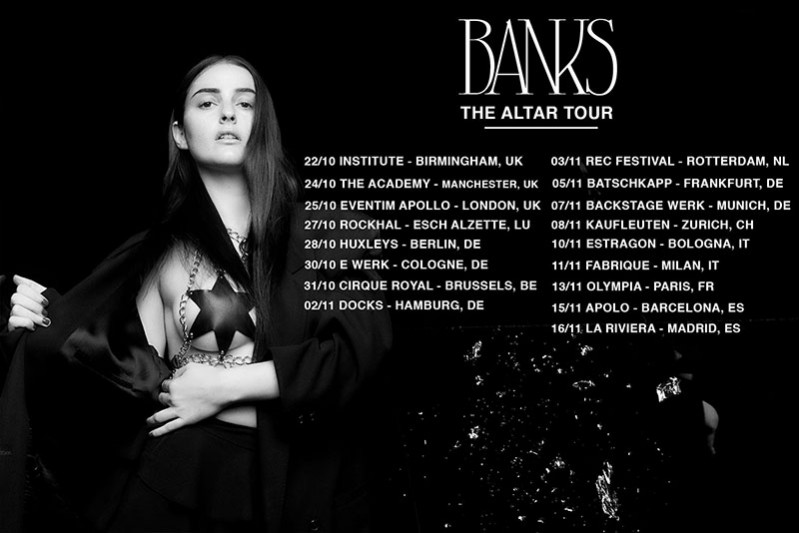 Californian BANKS has announced a new Tour called "The Altar tour" that starts off at Birmingham Institute on October 22nd and that will visit 17 cities around Europe during the months of October and November. After the sold out of her show at London’s Roundhouse last March and her incredible performance at Coachella festival, BANKS has announced a new European tour to promote her album The Altar (2016), but also her last surprise single "Crowded Places". Tickets will go on  sale this Friday May 26 at 9am (GMT) via Ticketmaster.