British band The Vaccines closed their mini-tour of 4 concerts in Spain last Tuesday in Barcelona's Sala Razzmatazz and did it in front of an almost full hall that was waiting anxiously for the Londoners. The ones in charge of opening the night were the band from Madrid The Parrots, who with their mix of rock'n'roll-punk with an unbridled garage style turned the room upside down with songs like "No me gustas, Te quiero" or "Soy Peor" where especially highlighted a forceful sound full of distortions in which the cleanliness surprises and how well everything marries in songs of less than two minutes. If these guys were Australian, most of the world would be talking about them.. 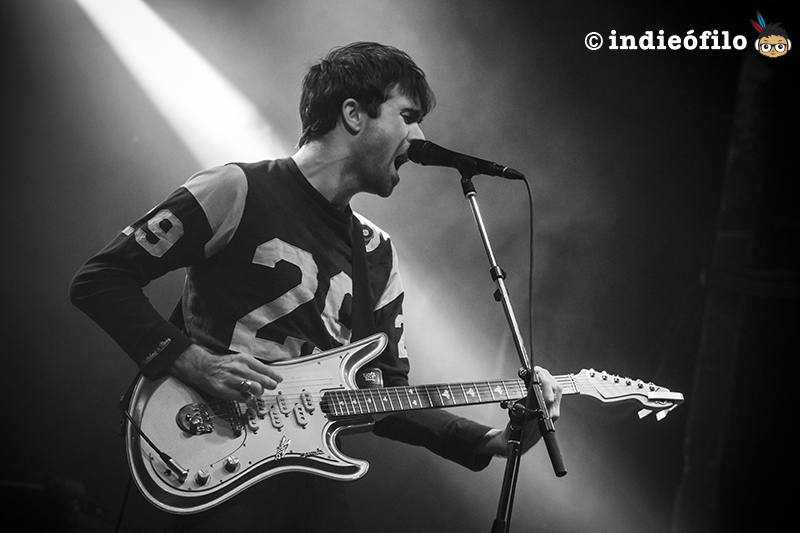 With British punctuality, and under the notes of Bach's toccata and fugue (which later became "Dancing Queen" of ABBA to give an eternal intro), the band led by Justin Young jumped onto the stage to unleash amazing first 15 minutes. "Nightclub", "Wreckin' Bar (Ra Ra Ra)", "Teenage Icon" and "Dream Lover" made it clear that the night was going to be about dancing and guitars, which was just what most of the room expected. The hypnotic drums of "Wetsuit" lowered the atmosphere a bit to give way to some of the songs from their recently released album Combat Sports (2018) such as "Out on the Street" or the eighties "Your Love Is My Favourite Band", where keyboards stood out from the rest.

"Post Break-Up Sex" and "Nørgaard" raised the rhythm again, reminding us of the summer of 2011 when the London band was playing in all the trendy venues, before returning to the pop rhythms of their new single "All My Friends Are Falling In Love", in which Justin Young was able to show off his "skills" for dancing. From here, the concert returned to the generalized madness with songs like "Handsome", a version of "Highway to Hell" of AC/DC sung by the assistant that accompanies them and that after this tour left the band or the wonderful concatenation of "I Always Knew", "If You Wanna" and "I Can't Quit", where the guitar of Freddie Cowan was the absolute protagonist.

As unique objection of the concert after all the energy deployed previously we had some decaffeinated encores, with "Put It on a T-Shirt" a little low volume, "Let's Jump Off the Top" completely out of the rhythm of the moment and the dreamlike "All in White" as closing of an A mark concert in which for about 90 minutes the British made us dance and jump thanks to their accelerated rhythms and the charisma of Yustin Young. It's almost half a dozen times we've been able to enjoy the London band live and they never fail, so as long as they keep releasing notable albums like Combat Sports (2018), we can congratulate to enjoy The Vaccines for a while!