The second day of the festival had in its early hours as protagonists José González or locals Rico & Sticks. However, the big surprise was the Swedish Seinabo Sey, who despite having only 2 EPs on the market, got the audience in her pocket with her big voice and a spectacular bright red outfit. In addition to the great songs "Younger" or "Pretend", highlighted an acoustic version of "Rather Be" by Clean Bandit, showing that the praises on the last few months are deserved and that the first album of her career will be one of the sensations of the next 2016. The return to the main stage will bring us the most fun and lively concert of the festival from the hand of FFS, the excellent fusion of Franz Ferdinand and Sparks. As happens on the album, the balance between the styles of the two bands is perfect, highlighting the connection between the falsetto voice of Russell Mael with the bass tones of Alex Kapranos. Thus followed one another without pause "Take Me Out", "Michael", "Do You Want To", "My Way" or "This Town Is not Big Enough For Both Of Us", to the delight of a tent that fell rendered at their feet after 50 minutes of concert, with the impression of having lived the best show of the festival. 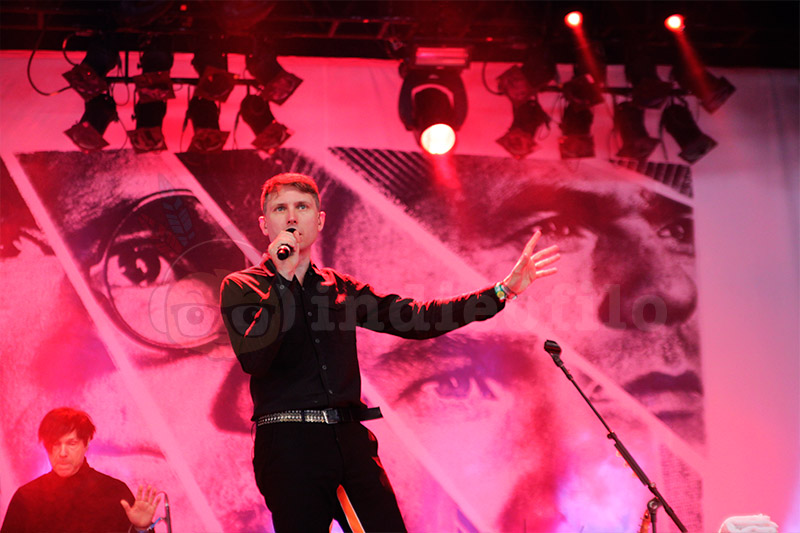 With the excitement still in the body, we were again with the British The Bohicas after their last concert in London Calling where they left us a bittersweet taste in our mouth for their lack of strength. 10 months later, their concert was something better, showing more grit and having more presence thanks to distortions and drums with high power, with a great song like "XXX" capable of make the public jump from the first second, but with lagoons regarding intensity and lack of connection with the audience that bringed us a feeling of a wannabe. Quite the opposite that the young Danish Mø, the author of the themes of the year "Lean On" with Major Lazer and one of the great promises of female indie music along with Grimes or FKA Twigs. Her show, eminently pop, is based on great songs like "One More", "Walk This Way" or her cover of Frank Ocean "Lost", but also on the charisma and the staging of the young Nordic, which didn't stop to dance with her strong movements that make their endless ponytail moving to the delight of photographers. As soon as she will found a setlist with more songs that avoid the slight ups and downs, her show will became without any doubt spectacular. 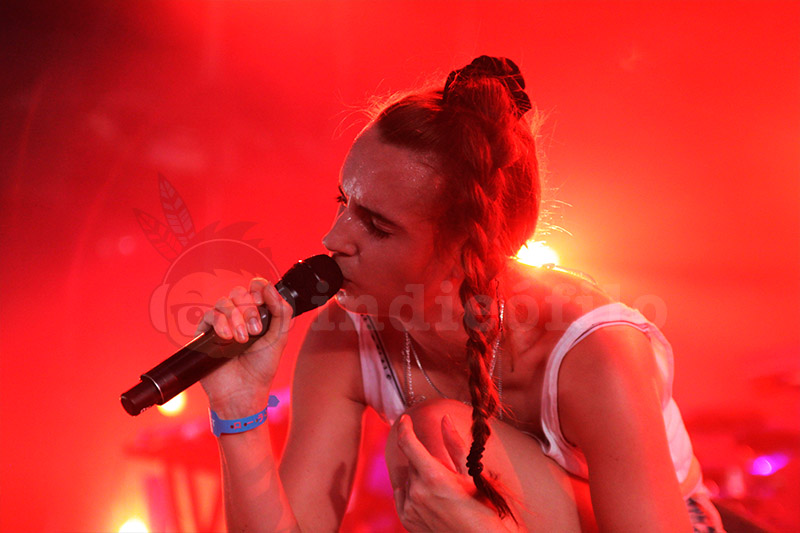 After the storm always comes the calm, and perhaps this time was excessive. English Lianne Le Havre offered a correct and good sound show, but emotionless on aggregate. Her proposal, mix of soul and folk, had a great respect from a tent that was full filled as soon as the show of local idols De Jeugd Van Tegenwoordig were finish, showing that the pull of the British on these country, where her second album Blood has reached the number 1 in sales, it is undeniable. Small pills as "Midnight" or "Never Get Enough" were a breath of fresh air, but also an oasis in a too flat concert. Quite the opposite but similar result could be applied to their compatriots Bastille, that despite the excess energy wasted with continuous jumps and movements between instruments, they forgot the most important thing in a show is still performing songs.. All the good things on their debut album fades in a show that seems prefab as it was a videoclip for MTV and in which not even their greatest hits as "Pompeii" or "Things We Lost in the Fire" were able to save a concert which only attraction was listening to new songs as "Snakes" or "Hanging". 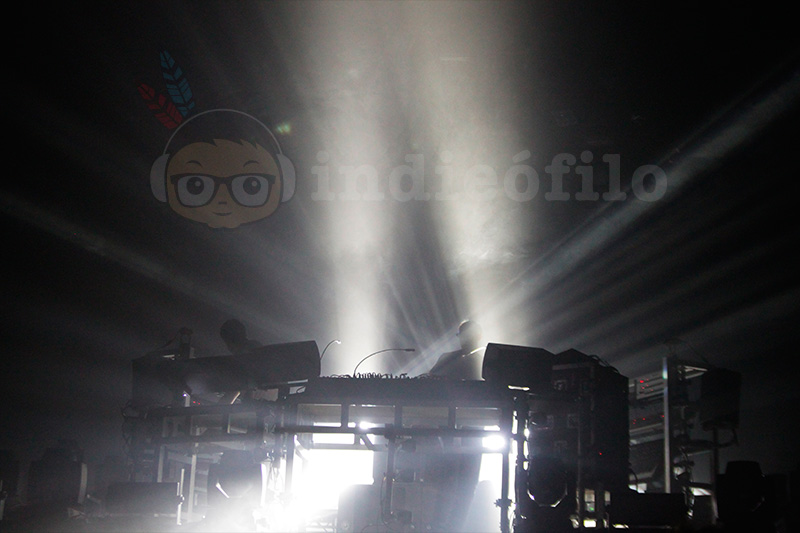 Heineken tent was waiting for us again with one of the best live bands in the world, American Hot Chip, and confirming the best expectations, the made one of the shows of the festival. With this disco sound that they dominate so well, led by the charismatic Alexis Taylor and sublime Joe Goddard, the concert was from least to more, leaving us around 20 amazing final minutes where we could enjoy chained "Ready for the Floor", "I Feel Better" and a cover of "Dancing in the Dark" by Springsteen with the collaboration of Alex Kapranos from Franz Ferdinand on vocals. The last concert of the day  was to be the "rave" that the Manchester duo The Chemical Brothers offered in the main tent before an undemanding audience who enjoyed the greatest hits of the British. After a runaway start in which sounded "Hey Boy Hey Girl", "Do It Again", "Star Guitar" or the recent "Go", the atmosphere fell too much with more unfamiliar songs for the general public, which only would vibrate again when almost at the last minute sounded "Galvanize" and "Block Rockin 'Beats". On overall, a very solid show unappreciated by the public, who only expected a similar to the one that will offer any club in the weekend and failed to evaluate the best The Chemical Brothers live in recent years, which joined to their usual light  and displays show a musical linearity they had miss in the past decade.