After two days of great quality led by Muse or M83 shows, the Lowlands 2016 came to an end with a closing day in which stood out the names of LCD Soundsystem, The Last Shadow Puppets or Foals. 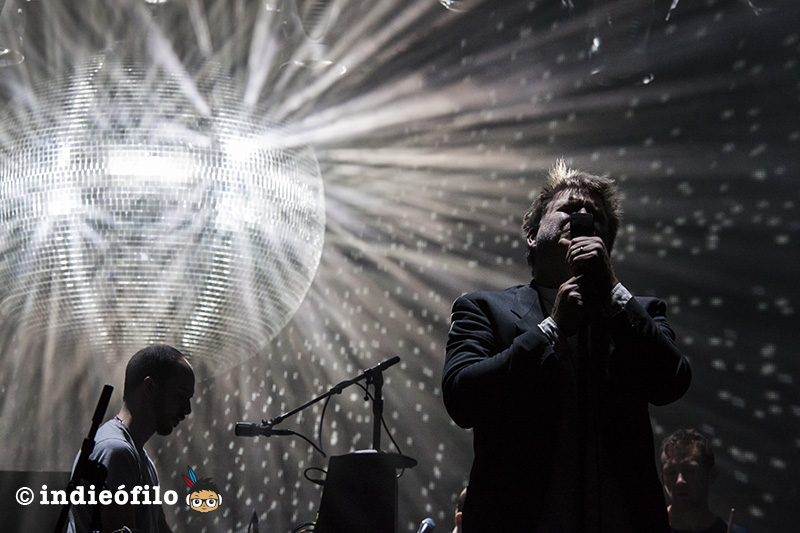 The first contact of the day arrive at the Bravo tent, where Damian Marley unleashed a continuous party full of reggae beats and hip-hop. It is true that after 20 minutes in which one is captivated by the spectacle offered by its constant changes of voice, all the paraphernalia that includes a man who moves a flag included or endless dreadlocks it is difficult to find something new in the proposal of the Jamaican, but we must also recognize that his lyrics with strong political character are quite difficult to find on good vibes times as the current ones.. 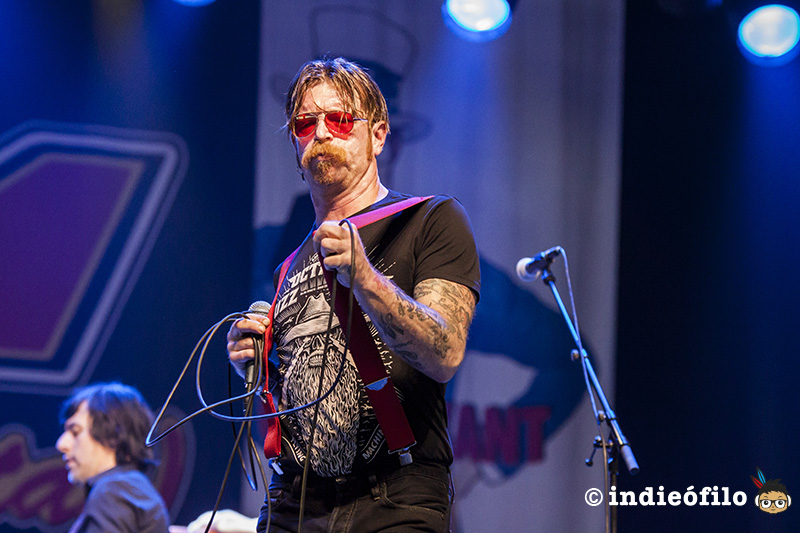 Precisely that good vibes spirit is the same one that took to a great amount of public with banners in French or with small Eiffel Tower of carton to the main tent where Eagles of Death Metal played. After the unfortunate attack of Bataclan of last November, the North American band led by Jesse Hughes receives the majority support of an audience that probably has never listened to their albums, although after realizing the controversial Californian singer an unfortunate declarations in which linked to the security of the Bataclan room with the massacre, the participation of his band ran a serious danger (as has happened in France where their participation have canceled in some festivals). It is possible to comment on something purely musical? Their show full of with rock clichés, a jacket tribute to Bowie, a cloned ZZ Top guitarist, laughter and dances gradually go down from the initial "I Only Want You", probably the best item on the setlist, and only revived a little With the duet "Cherry Cola" and "I Love You All the Time". 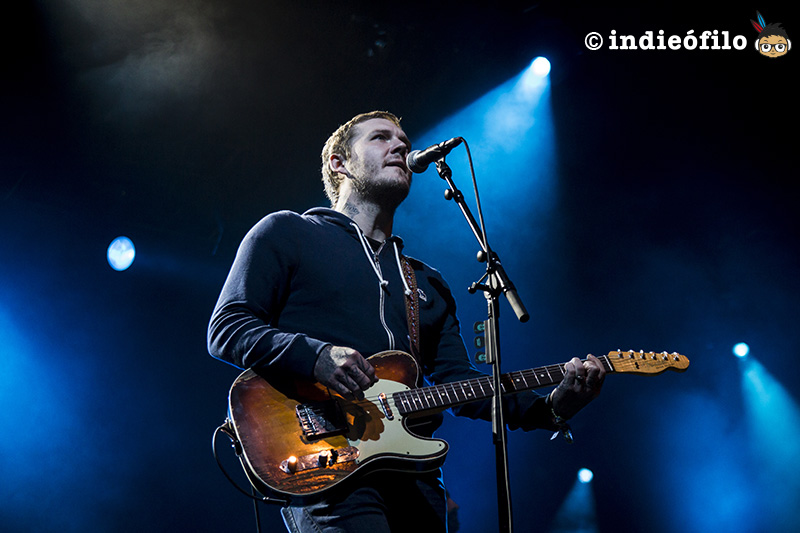 After a short break, and waiting inside the tent because of the rain, it was time to listen to the solo proposal of Brian Fallon, leader of the American band The Gaslight Anthem, which last March released his first solo album Painkillers (2016). His mix of country-rock seeped into an audience that appreciated the calm proposal of the guy from New Jersey, who throughout the show not only focused on his solo role but also in parallel projects like Molly and The Zombies and The Horrible Crowes or even a memorable cover of "Teenage Dream" by Katy Perry. It was surprising that despite the quality of the band that accompanied him, the best songs were those he played alone with the sole help of his guitar, which shows the good shape of Brian Fallon, often accused of not having the best vocals live. 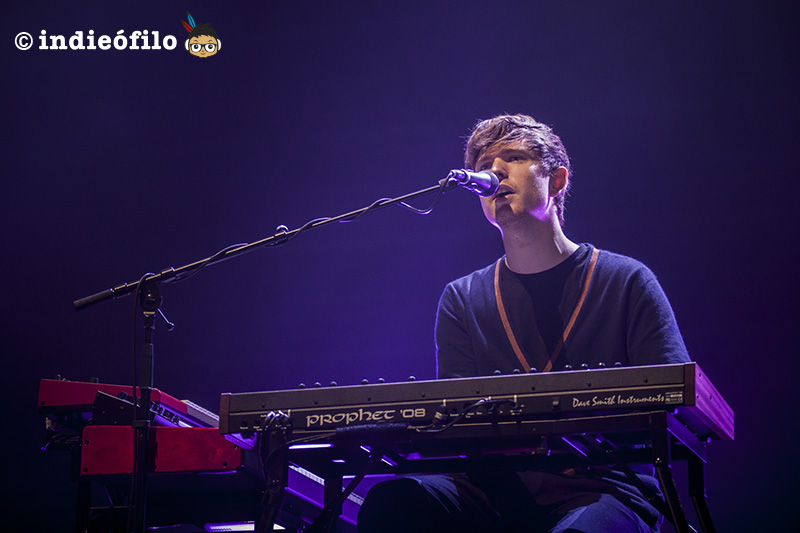 Drenched by the rain after the short ride to the Bravo stage, it was the turn of the delicacy and calm of James Blake, who like Sigur Ros yesterday, was penalized by excessive natural light to a proposal that thank collected and intimate environments. With a new album under his arm, The Color in Anything (2016), most of the setlist focused on it demonstrating that we are before one of the albums of the year, able to withstand comparisons with the that took him to fame, Overgrown (2013). His timid live proposal always closer to the piano has changed little since his beginnings and we must recognize that the spectacle beyond the music is quite dull, but when the musical side fills everything with such intensity. Who needs anything else?. 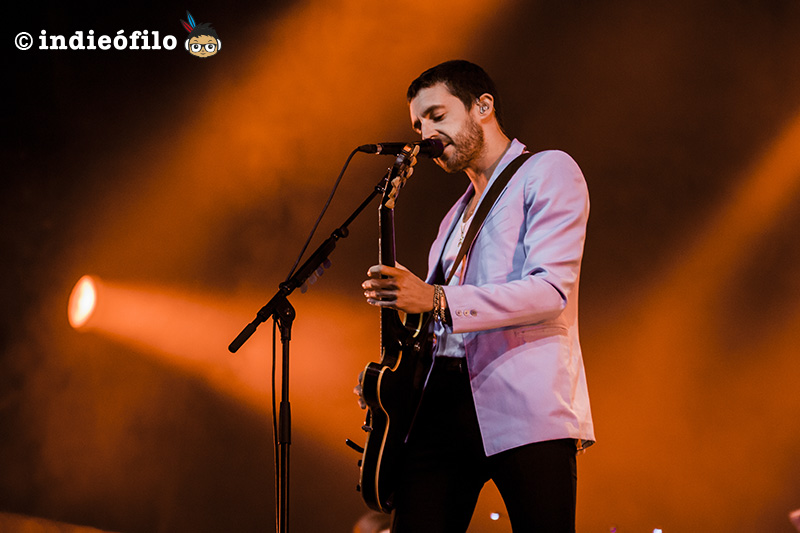 One of the highlights of the day came to the Alpha tent, where the British The Last Shadow Puppets presented their return to the scenes after about 7 years without playing live. With a new album just launched, Everything You've Come to Expect (2016), and Alex Turner more "bombed" than normal, the British indie's terrible enfants showed that they have already reached maturity with an incredible first 35 minutes in which featured their hit "The Age of the Understatement," as well as new songs "Bad Habits" and "Used to Be My Girl". By the time the Arctic Monkeys leader begins to lose steam, perhaps thinking about the headliner concert that himself declared as a fervent fan on the micro ("I'm excited for the LCD Soundsystem concert"), Alex Turner took charge of the situation in a new signal of maturity that does that the show does not decay abruptly, delivering even a pair of notable songs like the calm "The Dream Synopsis" or "My Mistakes Were Made For You", that received the unanimous applause of a full tent that say goodbye to the duet of Sheffield like one of the big winners of this edition. 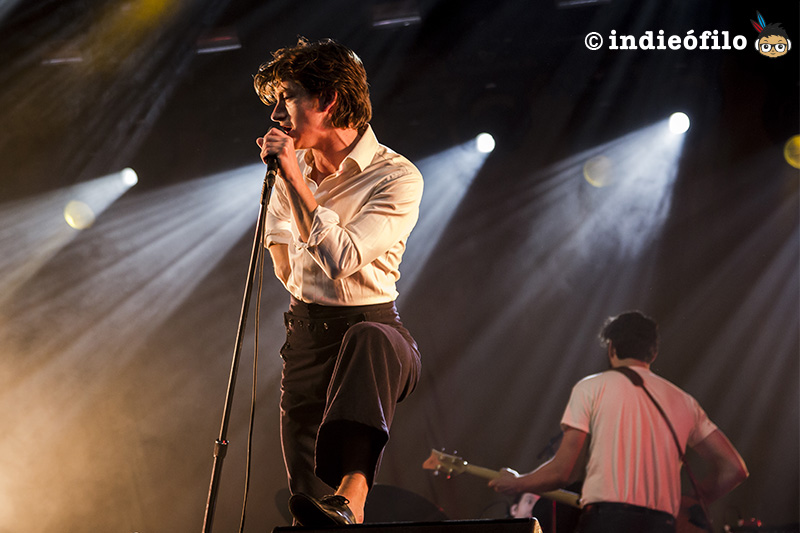 The end of the festival was approaching and the penultimate stop were also British Foals, which we could already enjoy in their recent European tour at the Heineken Music Hall of Amsterdam. With a similar concert than the one they played some months ago (If something works, why change it), the Bravo tent was too small in the presence of the band leaded by Yannis Philippakis, that as they usually showed stronger claw live than on their albums. In addition to an accelerated and full of distortions "My Number", it will remind in our mind  a grand finale with "Mountain at My Gates", forceful "Inhaler", "What Went Down" and "Two Steps, Twice" with the leader of the band singing in the audience as usual.. 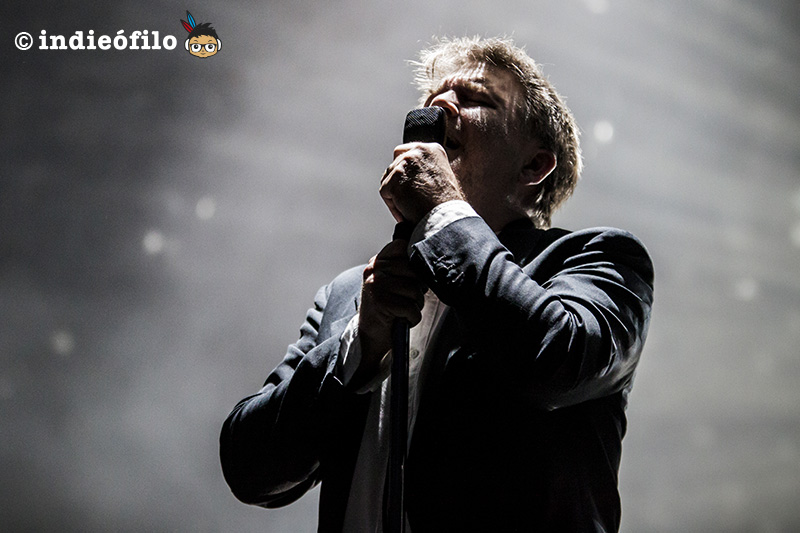 Our last contact with the festival was going to be the most anticipated concert for many of the audience, the New York band LCD Soundsystem, which led by James Murphy and Tim Goldsworthy returned to the stages after their retirement in 2011. And without any doubt, theirs was the concert of the festival, the icing on the sweetest cake you can think of, since if something have characterized LCD Soundsystem throughout their history have been brutal live that fortunately have not lost despite the stop of 5 years. No band is able to mix all the good things of pop, disco, punk, afrobeat, house or eighties productions like them, based on several magnificent blocks of sound; The percussion of Pat Mahoney and the bass of Tyler Pope, keyboards of Nancy Whang and the bad mood as master of ceremonies of James Murphy. With a powerful start in which it emphasized how it could not be otherwise "Daft Punk Is Playing at My House", the show became entertaining and danceable in such a way that without realizing we were in the final line, where "New York, I Love You But You're Bringing me Down" and "All My Friends" proved to be timeless hits..

With the mythical chorus "Where are your friends tonight?/If I could see all my friends tonight?" we closed a Lowlands 2016 that has shown an iron health, recovering from some less powerful line-ups of the last years, where Muse and LCD Soundsystem pass with flying colours in their paper of headliners and in which the concerts of M83, Chvrches, Biffy Clyro or King Gizzard & The Lizard Wizard will surely be in our lists of the best of the year. We only have to say.. Tot volgende jaar!!