After a first day dominated by the r&b with pop touches of Solange and Miguel or the excellent concert of Bon Iver, Friday was the turn of The XX as the only great headliner after Frank Ocean did a runner days before. I was only necessary to walk 5 minutes through the fairground to find the first t-shirts parodying any aspect of the absent American singer to show the weight on the lineup of this second day that had the Californian singer.. 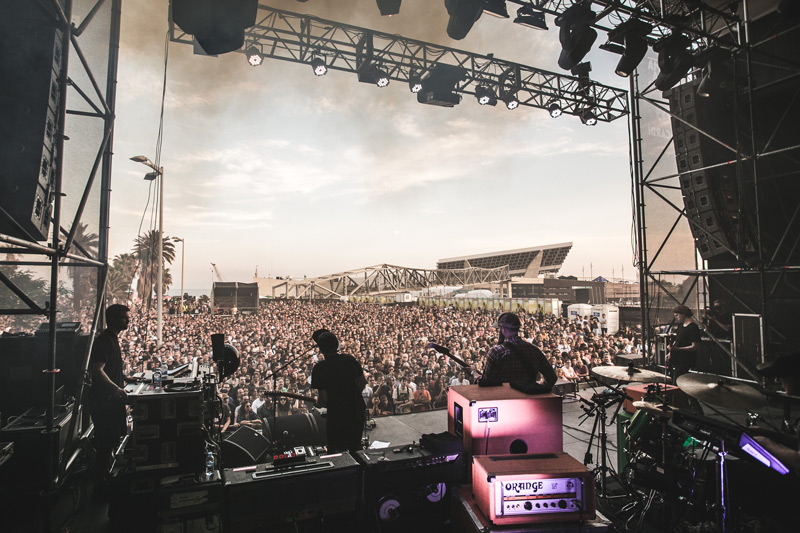 As in the opening day, one of the highlights of the day was going to be one of the surprises that the organization had prepared us within the "Unexpected Primavera". This time it was going to be the Scots Mogwai the ones who that filled up the distant Bacardi stage to show in its entirety their new album Every Country's Sun (2017), announced for the month of September. We do not know if it was because of the general atmosphere impregnated by the sunset or by the high presence of mojitos that provided the continuous talk of a public more focused on the “essential” selfie than in the spectacle of the musicians, but the band failed when they tried to transmit their characteristic sound walls full of syncopated rhythms and distortions.. We will have to wait to have the record in our hands and also to their next tour of rooms to value as a whole this new album, but the contact of Friday was somewhat decaffeinated for what the Scots used to do. Anyway, his guitarist and singer Stuart Braithwaite left us one of the images of the day wearing a black shirt with the title "Public Enemy" along with a target that had inside the face of Theresa May.

After an endless journey to the main stages, it was the turn to face the garage rock of the Americans The Growlers, who like Solange jumped from a minor stage in 2014 to a bigger stage in this 2017. The band led by Brooks Nielsen offered an irregular show, more focused on their surf rock part than in that psychedelic part that so well dominate. We don’t want to say that their was a deadbeat concert, but neither that did they show returned us all the expectations placed on them.. Quite the contrary that the veterans Descendents, who offered one of the concerts of the day at the Primavera stage. Theirs was a concert, just as the one we could enjoy of their countrymen Bad Religion last summer in Amsterdam, full of punk attitude, showing that the comings and goings of the group have not affected at all their melodic hardcore so characteristic in the California of the 80's. Although their last album Hypercaffium Spazzinate (2016) turns to punkpop sounds, their show of up to 30 songs had the best moments when were played the hits of Milo Goes to College (1982) or I Do not Want to Grow Up (1985) as "Bikeage" or "Silly Girl", with which the public did not hesitate to do pogos or Crowd surfing. 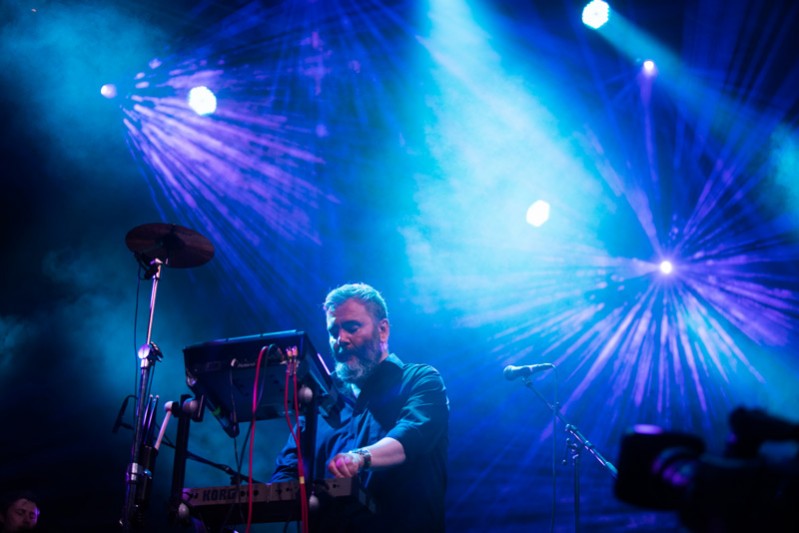 A few meters away, and before the stampede to the concert of The XX, Scottish Arab Strap surprised us with a concert full of electronic landscapes away from the slowcore they used. The band of Aidan Moffat and Malcolm Middleton offered at times bass drums and bases that astonished everybody, but in which they never lost that emotional spirit that has taken them to the fame with distortions and arrangements that took time to appear but that emerged at end to our delight.

The main stage was packed full to the brim to receive The XX, regulars of the festival after each new album they released. Without a doubt, that of the Londoners was an incredible concert that shows the wings and the veteranism they have been earning over the years, where they sounded wonderful after a few small problems of sound in the initial "Say Something Loving" and in which we can enjoy the greater importance of a Jamie XX, already raised to the altars of the stars of music. With Romy and Oliver far away from that timidity of their early days talking to the audience several times, their show went from good to excellent with some last 30 superlative minutes that started with "VCR", masterfully linked to "Dangerous" and "Fiction", to attack later the emotional "Shelter", which to everyone's surprise was merged with "Loud Places", perhaps the best known theme of Jamie's solo debut In Colour (2016). With all the public bewitched, there would be a few encores that began with the classic "On Hold", perfect prelude to "Intro", which despite being instrumental was chanted note by note by the crowd. The weight of the closure would fall on a smiling Romy, who sang the tear "Angels" almost alone, leaving us with the feeling of having lived 90 magical minutes that really deserve to pay the full ticket of any festival. 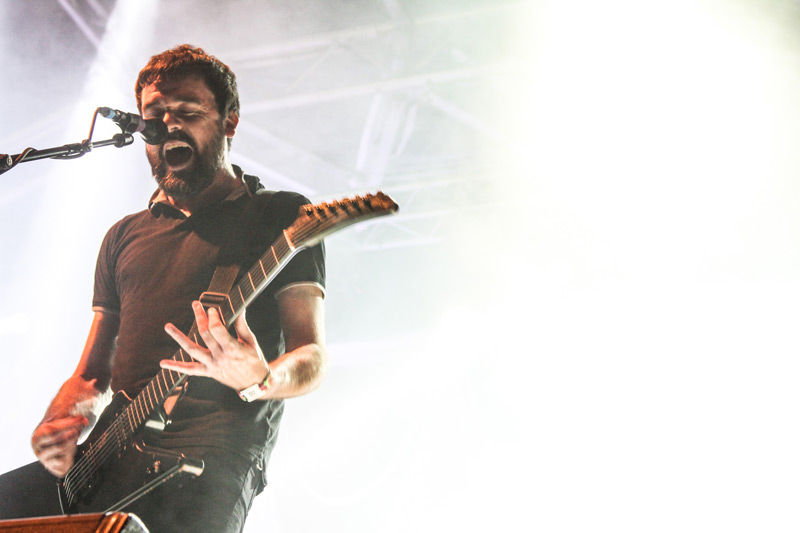 With the tiredness accumulated in our legs, came the hardest overlap of the festival for which me, since Run the Jewels, Sleaford Mods and Berri Txarrak played at the same time. As I was living outside Spain in recent years, the desire to enjoy the band led by Gorka Urbizu live could face the high expectations placed on Americans and the hope to see the British on Sunday at Apolo room. In a short concert of just over 40 minutes in which Denbora Da Poligrafo Bakarra (2014) had the biggest weight of the setlist and in which they presented the song that they launched on the occasion of the Record Store Day “Bakarrik Egoteko", the public was something cold for what accustomed to the band of the north of Spain, awaking only in songs like "Zerbait Asmatuko Dugu", "Hitzen Oinarri Ahula" or in a great version of "Kids" of MGMT. It was a shame as the trio offered a good show in the musical side that did not seem to connect with most of the public.