The fourth edition of Best Kept Secret Festival began this Friday with Editors, Beck and Jamie XX as big headliners, a big batch of middle letter bands among which highlighted Beach House, Wilco, Band of Horses or Dinosaur Jr and which this year has forgotten proposals such as HipHop ones in favour of a clear focus on indie style. 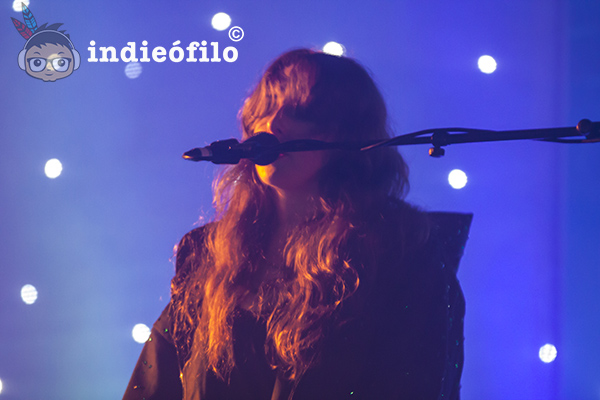 The first day had the water as the main protagonist, with constant rains that turned the idyllic location of the Beekse Bergen in an inhospitable terrain, especially on the main stage, that due to the absence of any tent became a kind of quagmire on the nearest parts to the scenario. Despite that, the scenario number two received us with one of the proposals that we wait hopefully to see live (especially for its recent formation), the supergroup Minor Victories formed by members of Mogwai, Editors and Slowdive. In what was perhaps an error attributable to its lack of unity and tests together, the band sounded uncompass and erratic, especially in the vocal aspects, where the voice of Rachel Goswell was excessive prominence for a proposal so close to shoegaze needs and does not approach to the subtlety and refinement of the LP. Quite the opposite of DIIV, which were at the festival to present their second LP Is the Is Are and the good shape of its leader Zachary Cole Smith after various problems with drugs, and showed on the main stage that the distortions of their guitars and the fierceness of their lyrics are perfectly transportable to live. Is certain that there were small moments of disconnection and at times is hard to follow the extra good vibes singer ('It's a very cool lake ..' or the greetings to an inflatable palm tree between the public), but when in the last 10 minutes sounded almost chained "Under the Sun", "Devil Incarnate" and "Doused", you can only smile and welcome for the return in a big way of the Americans. 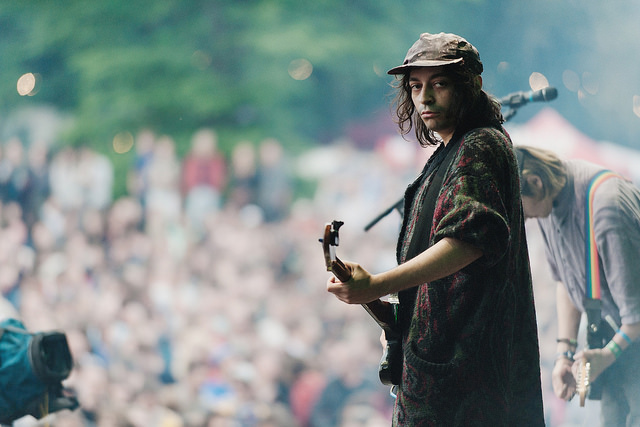 Photo made by Nick Helderman and provided by Best Kept Secret Festival 2016.

The good taste would remain us for a small time, due to again Scenario 2 bring us a disappointed show with the very erratic one from Wolf Parade, who turned the gig into a battle between the voices of Spencer Krug and Dan Boeckner, that seemed to fight like cocks for their ego instead of being worried about the sound of the band.. It was a shame, because in the purely musical, they offered 30 minutes full of forcefulness and bad temper that well deserved a higher overall rating. Despite all of this, we had little desire to get closer to the show of Christine & The Queens on the main stage due to the torrential rain that accompanied the show in the opening minutes. French has become one of the references in the current pop-disco style with her debut album Chaleur Humaine, who seems to have found the key that her compatriot Yelle has lost, approaching to the general public with a show full of hits and dance in a fifty-fifty ratio. Together with a set of 5 dancers dressed exactly like her, sometimes her songs seem to be in an unexplained background due to the paraphernalia of dances and samples of other people's songs, sounding in this way the legendary "Pump Up The Jam", "Music Sounds Better with you" by Stardust or "Cause I'm a Man" by Tame Impala, which is a pity according to the success of her own songs like "iT" or "Saint Claude". 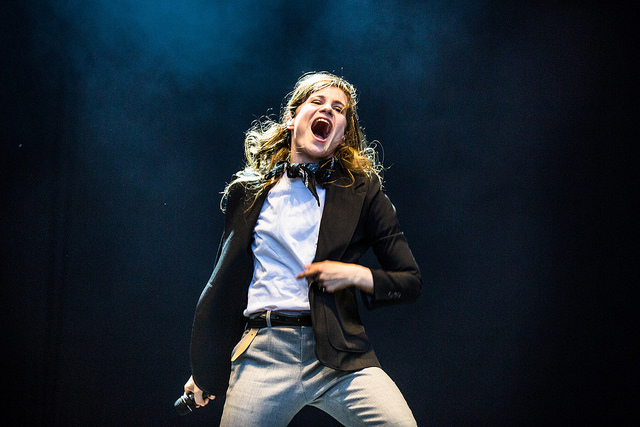 Photo made by Chris Stessens and provided by Best Kept Secret Festival 2016.

The heavyweights of the day started with Beach House in a crowded tent that were waiting anxiously for the Americans. With a sober scenery and some faint lights that "delighted" our photographer, their dream pop sustained on keyboards and sharp effects on the guitars delighted an audience that fall head over their heels even though the concert had many ups and downs.. In a start that was focused on Depression Cherry, the voice of Victoria Legrand was not at the level (arriving even to apparently screaming at times), to gradually evolve into a much more perfect sound as we noted in the magical "Take Care" or "Myth". Anyway, their proposal was much more consistent than Beck, big headliner of the first day, which started as a cyclone with some of the best known songs from his discography ("Devil's Haircut" or "Loser") to gradually disappear as a sugar cube in a cup of coffee. The high quality of the band that accompanies him or good moments as those experienced with calm songs as "Lost Cause" or "Blue Moon" were not enough stimulus against the massive presence of songs from the album Guero in the middle of the concert or the erratic voice of the guy from Los Angeles, which did not seem to feel comfortable during most of the concert. The strange live version without hardly synthesizers or distortion of "Dreams" briefly revived the public, whose predisposition towards anything that would play the American was complete, as was demonstrated in the latest 10 minutes in which most of the audience went wild, first with "Sexx Laws" and later with the concatenation of "Where it's At" with the tributes to Bowie ( "China Girl") and Prince ("1999") with which he ended the concert. 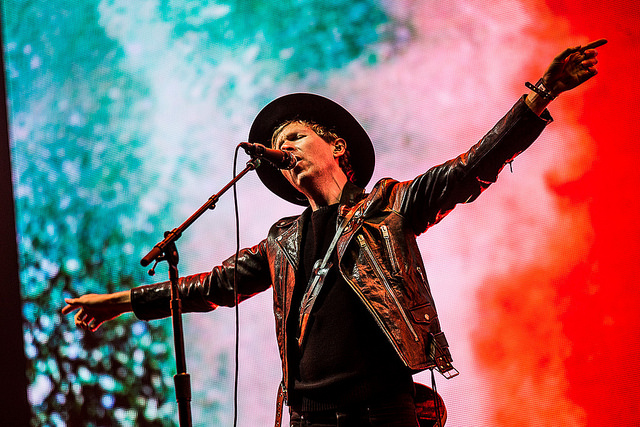 Photo made by Chris Stessens and provided by Best Kept Secret Festival 2016.

So, too disjointed concert by Beck who did not get to heat up a cold environment marked by rain, closing an opening day somewhat weak in general terms that had Christine & The Queens as a big winner for its connexion with the public and in which Beach House concert was perhaps the best in the strictly musical.