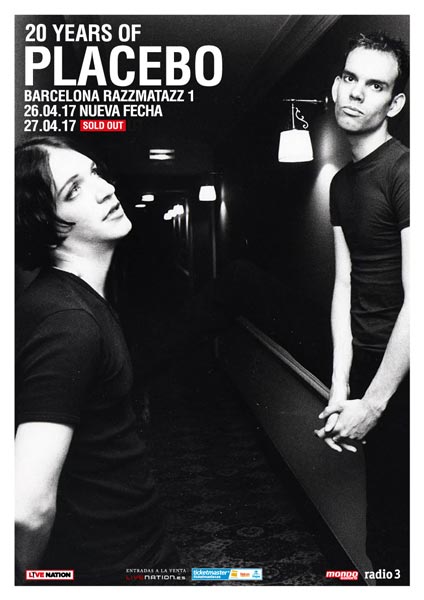 After announcing a Spanish tour that will take them to Madrid, Barcelona, Granada and Logrono, Placebo just confirmed a new show in the Catalan city. The band of Brian Molko and Stefan Olsdal will play on April 26 at Razzmatazz, the same room where they've achieved a sold out for 27th. Tickets can be obtained, as in the first show, through of an exclusive presale for the fans of the group tomorrow 12 of January at 10am, whereas the tickets for the general sale will start the Friday 13 at 10am.