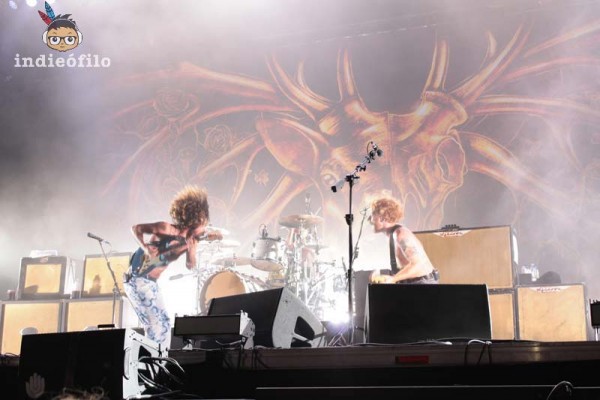 Scots Biffy Clyro have premiere their new track '"Wolves Of Winter" on Beats 1 by Zane Lowe at Apple Radio. This song will be the first single from their awaited new album Ellipsis, that will be released on July 8th. Singer Simon Neil said on the show: "We’re saying something new with our seventh album… We’re trying to feel like it’s our first album again. We’ve still got balls. We’re still here to get in your face”, while on the press release he defines the new song: "'Wolves of Winter' is about us being wolves on a patch and if you come onto that patch, we’ll tear you limb-from-limb".

We remind you that the band will tour this summer and they will be at Spanish Mad Cool Festival, FIB or Dutch Lowlands.