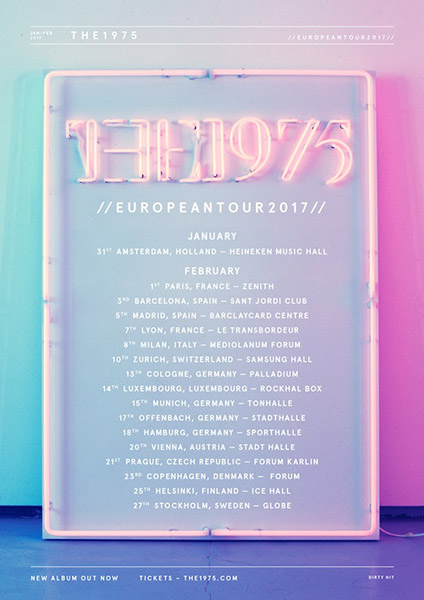 Mancunians The 1975  have just confirmed the dates of their European tour where they will present live their new album I Like It When You Sleep, For You Are So Beautiful Yet So Unaware Of It and where they include two concerts in Spain, one in Madrid and another in Barcelona. The tour, that will start on January 31 at the Heineken Music Hall in Amsterdam, will stop on February 3rd at the Sant Jordi Club in Barcelona, while on February 5th they will perform at the Barclaycard Center in Madrid.